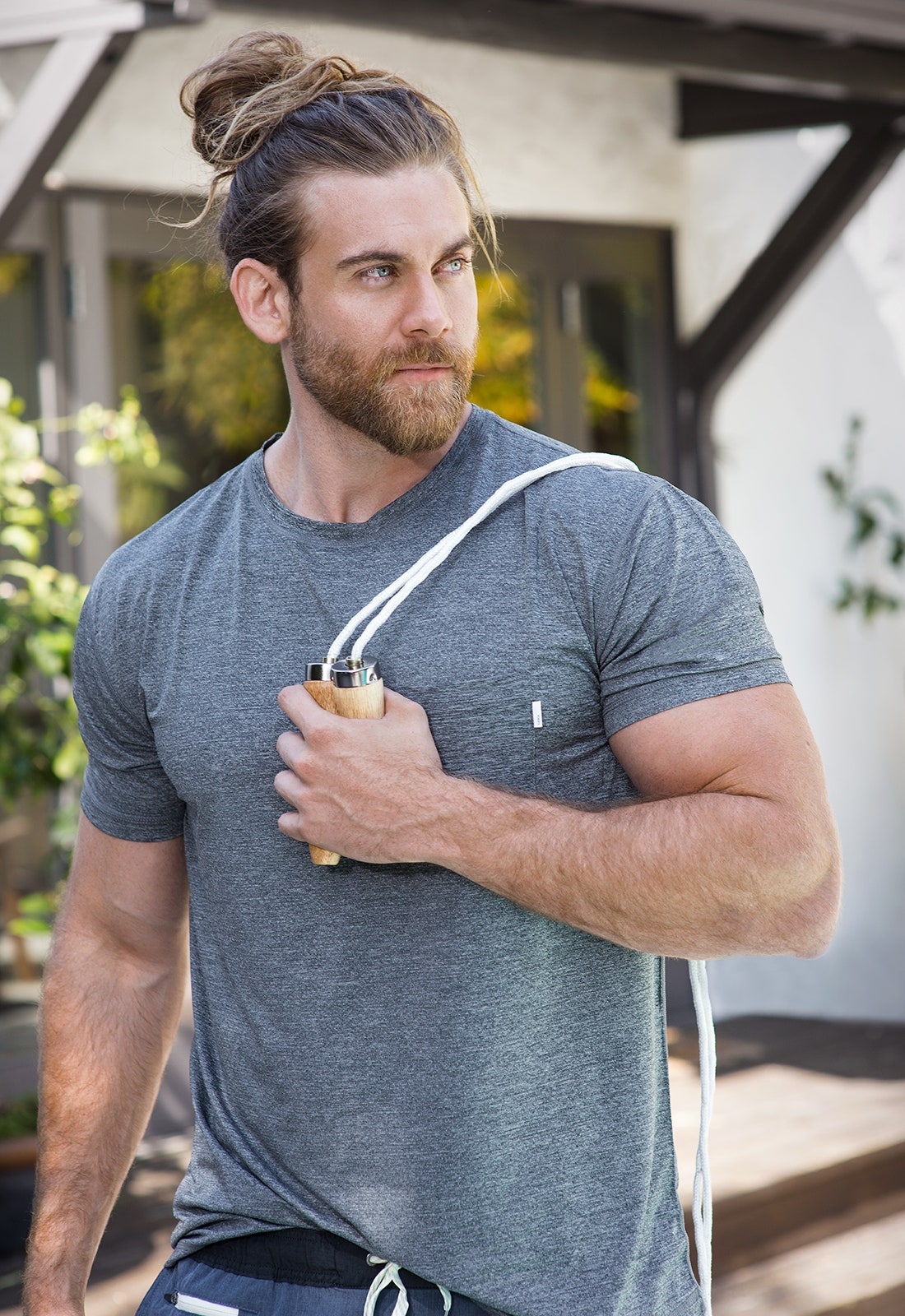 Famously known as the Man-Bun guy, Brock O'Hurn has risen to fame after he set the internet on fire with his video.

Brock O'Hurn was born on August 19, 1991, in Sacramento, California, USA. Brock, a well-known model, came from a loving family. However, his parents, Adam Hurn and Paige Hurn separated when he was only nine years old. He has four siblings, Drake, Dagan, Aspyn, and Carly. They all grew up with their mother, Paige, in Southern California. When Brock is not working, he makes sure to spend time with his mother.

The attractive tall man is of mixed ancestry. He is of French, English, Irish, and German ancestry.

How Did Brock O'Hurn Become Famous?

He was invited to Steve Harvey Show when his man-bun video had gone viral.

Brock is so famous that when he visited Berlin, a father approached him and asked for a photo with her daughter who is obviously a fan. "I don't know who you are, but my daughter really likes you. Can you get a photo with her?" He said to Brock as his daughter was too embarrassed to say hello.

During the country music event, Stagecoach, in California, a girl asked him to pick her up for a photo. When another girl noticed this, she inquired as well, until over 30 girls were already in the line. “I had to do like 30 in a row,” O’Hurn said. “I was like, Is this a joke? Do I just have to keep lifting people? This is my life?”

Brock O'Hurn rose to fame around the world thanks to his Instagram account, where he was praised for his height, fitness, and for popularizing the man bun.

He also appeared in Tyler Perry's TV show Too Close to Home.

2019: My Name is Josy as Bartender Jupiter Rourke

Brock O'Hurn has a significant female fanbase, not only in the United States but also around the world. Everyone is keen to know more about his personal love life. However, there is a rumor that Brock is gay. There is nothing wrong with being a hunk and gay at the same time. But other than this rumor, he appears to be interested in women, so the rumors might not be true.

Brock O'Hurn did not expect that his video would be viral and make him famous in an instant. However, he seems to be enjoying his life as an actor and a fitness trainer now.