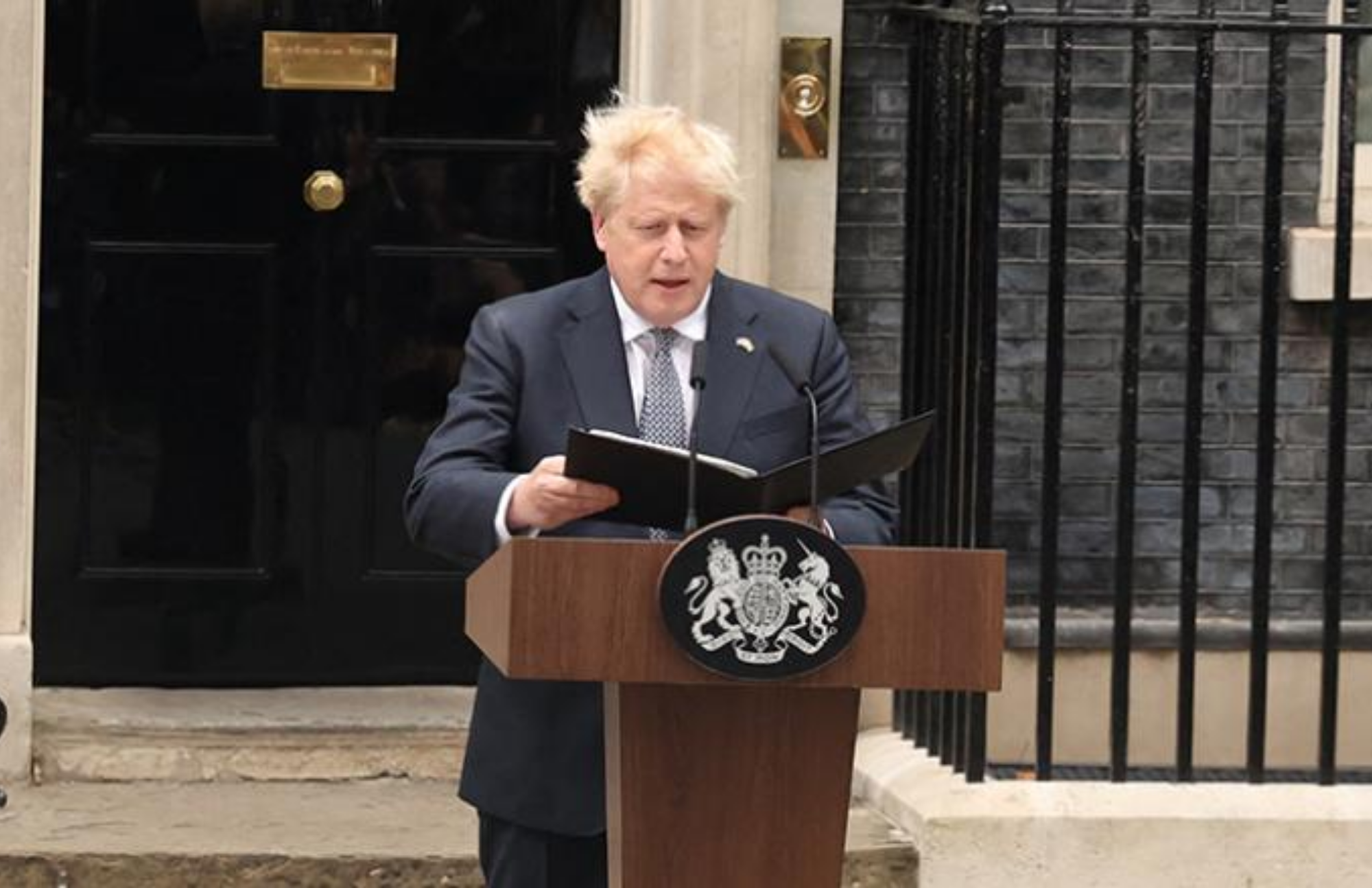 It is clearly now the will of the parliamentary conservative party that there should be a new leader of that party and therefore a new prime minister. The process of choosing that new leader should begin now.

Because of that, there are concerns about the UK's political future.

Johnson first came to power in 2019, however, he has since been embroiled in multiple scandals.

Things took a turn for the worst when several officials from his own party resigned.

The Right Time To Step Down

Johnson said that he was resigning and that he would step down once a new leader was chosen.

In the coming months, the Conservative Party will hold a race for a leader.

The winner will replace Johnson in October.

According to Keir Starmer, the leader of the opposition Labor Party that he would ask for a vote of no-confidence if Johnson didn't step down right away.

This week, 50 Conservative lawmakers quit, which led Johnson to make his announcement to the public.

Rishi Sunak and Sajid Javid both quit the Cabinet on Tuesday, and it only took a few minutes for them to do so.

Reactions To The Resignation Of Boris Johnson

Many people don't want Johnson to stay on for a caretaker term, including the first minister of Scotland, Nicola Sturgeon.

I'm not sure that anybody can look at Boris Johnson and conclude that he is capable of genuinely behaving as a caretaker prime minister. He will want to do things, and in the process of that undoubtedly cause more chaos than he has already.

The Opposition Labor leader Keir Starmer said that he is inflicted lies, fraud, and chaos in the country.

A few hours after Johnson's resignation, US President Joe Biden said that the US and UK would continue to work together in a "close cooperation" way.

It's good news if Britain gets a prime minister again who's a dependable partner. If you look at the circus that Boris Johnson has been running on the Northern Ireland Protocol.

The Reaction Of PM Boris Johnson - "Thems The Breaks"

In his speech, Boris Johnson says:

I know that there will be many people who are relieved, and perhaps quite a few who will also be disappointed and I want you to know how sad I am to be giving up the best job in the world, but thems the breaks.

Charlie D'Agata in CBS News stated that in that speech, he didn't offer any apologies, no contrition. A resignation speech that somehow avoided the word "resignation".

Instead, a list of the PM's most well-known works.

He talked about giving out vaccines as quickly as possible. In Europe, it was the first country to get out of lockdown, and in the last few months, he said that it has led the West in standing up to Putin's aggression in Ukraine.

Even though Boris Johnson has left the stage, the drama and intrigue keep going.

Things Boris Johnson Did That Brought Him Down

These are the things that Johnson acted that absolutely brought him down according to Hilary Fordwich in her interview with CBS News.

First, many scandals. It is not just one thing that was going on.

It's kind of like the last scandal Charlie talked about. She said that it was the last thing that did it.

He was accused of touching a young man many years ago, and then Boris Johnson said that he knew about it.

Then, about a week ago, he drank a lot at a club in London and then touched a young man.

And there have been other instances, and probably this is what is general about the public not just in Great Britain, but also in America.

He was caught in a Partygate scandal on his birthday. Boris Johnson was photographed in the scandal that has become known as Partygate. He was drinking and having some birthday cake

Fordwich also said more in the interview that in the UK, they had a far severer lockdown than they had in the UK.

By that time, people were not allowed out of their homes for more than an hour each day or to pick up groceries. And that case was taken very seriously.

There have been many, many instances before this last scandal. So, it was finally the one straw that broke the camel's back after too many mistruths.

The Real Factors Behind His Fall

In the end, it wasn't just a bad policy that cost him his job as PM. It wasn't that they didn't have a plan. Johnson's constant swaying, weaving, and ducking did him in.

He lies about a number of scandals, such as the coronavirus lockdown parties and other instances that he didn't tell about.

If the time comes when he steps down as a Prime Minister, what would happen next to Britain?