Is Bitcoin The Future Of Money? 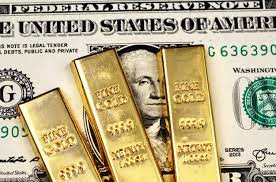 Rather than focusing on the technical aspects of how Bitcoin may fail or be destroyed, a much more viable strategy to fight Bitcoin is by eroding its economic incentives. Any of the methods of attacking or destroying Bitcoin are doomed to failure because they go against the economic incentives that promote its adoption.

It's like attempting to outlaw a wheel or a knife in this case. As long as the technology is helpful to people, efforts to restrict it will fail because people will continue to find legal or illegal methods to utilize it. A technology can only be halted by creating a better alternative or eliminating the necessity for its usage, not by prohibiting its use. Despite their inability to be prohibited or legislated out of existence, typewriters were essentially killed by the emergence of personal computers (PCs). We'll discuss more sbout Bitcoin- the future of money.

Demand For Bitcoin Will Continue To Exist

Bitcoin's popularity is fueled by the desire of people throughout the globe to conduct transactions that are unrestricted by government regulations and to have an inflation-proof store of value. Demand for Bitcoin will continue to exist as long as political authorities limit individuals' ability to transfer funds, and the supply of government currency is easy money that can be easily expanded by politicians, which means that Bitcoin's value will appreciate over time, enticing more and more people to use it as a store of value.

Supposedly, the demand for Bitcoin would decline dramatically if all global banking and monetary systems were replaced with those of the late nineteenth century's gold standard, which prioritized individual liberty and hard currency.

It's possible that such a move would result in a huge drop in the price of Bitcoin, harming present holders, increasing volatility, and putting the currency back several years. There is less of an incentive to use Bitcoin because of the increasing volatility and the existence of a stable international monetary standard.

The first-mover advantage and relative purchasing power stability of gold could be an insurmountable obstacle for Bitcoin to overcome in a world where governments' restrictions and inflationary tendencies are disciplined by the gold standard, preventing Bitcoin from reaching a large enough size with any semblance of price stability.

As a practical matter, a global return to sound money and liberal governance is quite improbable since the great majority of politicians and voters worldwide have been raised to believe that government control of money and morals is essential for the proper running of a society.

Bitcoin's declining supply growth rate is expected to continue making it an appealing speculative gamble for many, which would in itself force it to develop and gain a greater monetary role, even if such a change in politics and money were conceivable. The greatest major danger to Bitcoin, in my opinion, is a worldwide return to gold as a medium of exchange, although this is unlikely to occur and is therefore unlikely to entirely kill Bitcoin.

Creation Of A Better Sound Money With Bitcoin

Alternatively, the development of a new form of sound money that is superior than Bitcoin might be used to derail Bitcoin. As far as I'm concerned, none of the other cryptocurrencies that mimic Bitcoin's design can compete with Bitcoin on being sound money; the only truly decentralized digital currency that has grown spontaneously as a finely balanced equilibrium between miners, coders, and users, none of whom can control it. Any effort at reproducing it would have had to be a top-down and centrally controlled network that could never escape the control of its founders, therefore it was only ever conceivable to produce one currency based on this concept.

There is a very good chance that any currency that mimics the structure and technology of Bitcoin will not succeed. Even while it is not feasible to forecast the appearance of such a technology before it is produced, knowledge with the issue of digital currency over the years makes it evident that this is not an innovation that would be simple to manufacture.