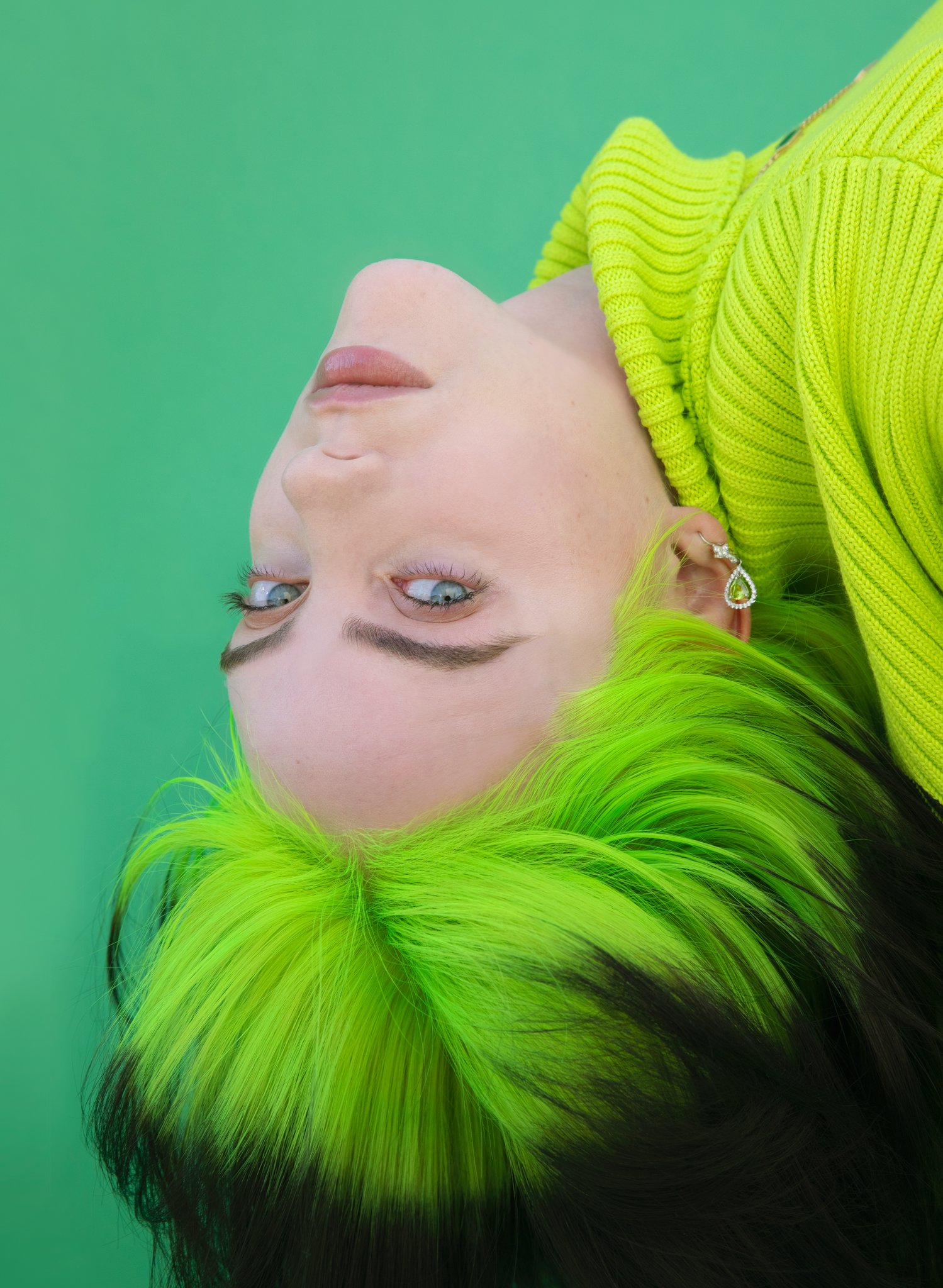 Billie Eilish is a singer-songwriter who was born in California.

Her songs are a mix of dark alternative pop and dreamy indie electronic music.

During her peak years in the late 2010s, when she was still a teenager, she won over a devoted audience with her moody, introspective lyrics that don't shy away from topics of mental health.

When We All Fall Asleep, Where Do We Go?, her chart-topping, Grammy-winning debut album, was released in 2019 following a sold-out headlining tour.

With the release of her sophomore album, Happier Than Ever, she climbed back to the top of the charts in 2021.

Billie Eilish rose to fame as a pop artist thanks to her unique musical and aesthetic senses and songs like "Ocean Eyes," "Bad Guy," and "Therefore I Am."

She is known to have American nationality and has her belief in the Christianity religion.

She comes from a musical and acting family.

She grew up alongside her older brother.

She was born to actress Maggie Baird and actor Patrick O'Connell.

She has an older brother named Finneas O'Connell, who is also an actor, singer, composer, record producer, and musician.

Her parents were well-known leaders in the American entertainment sector. 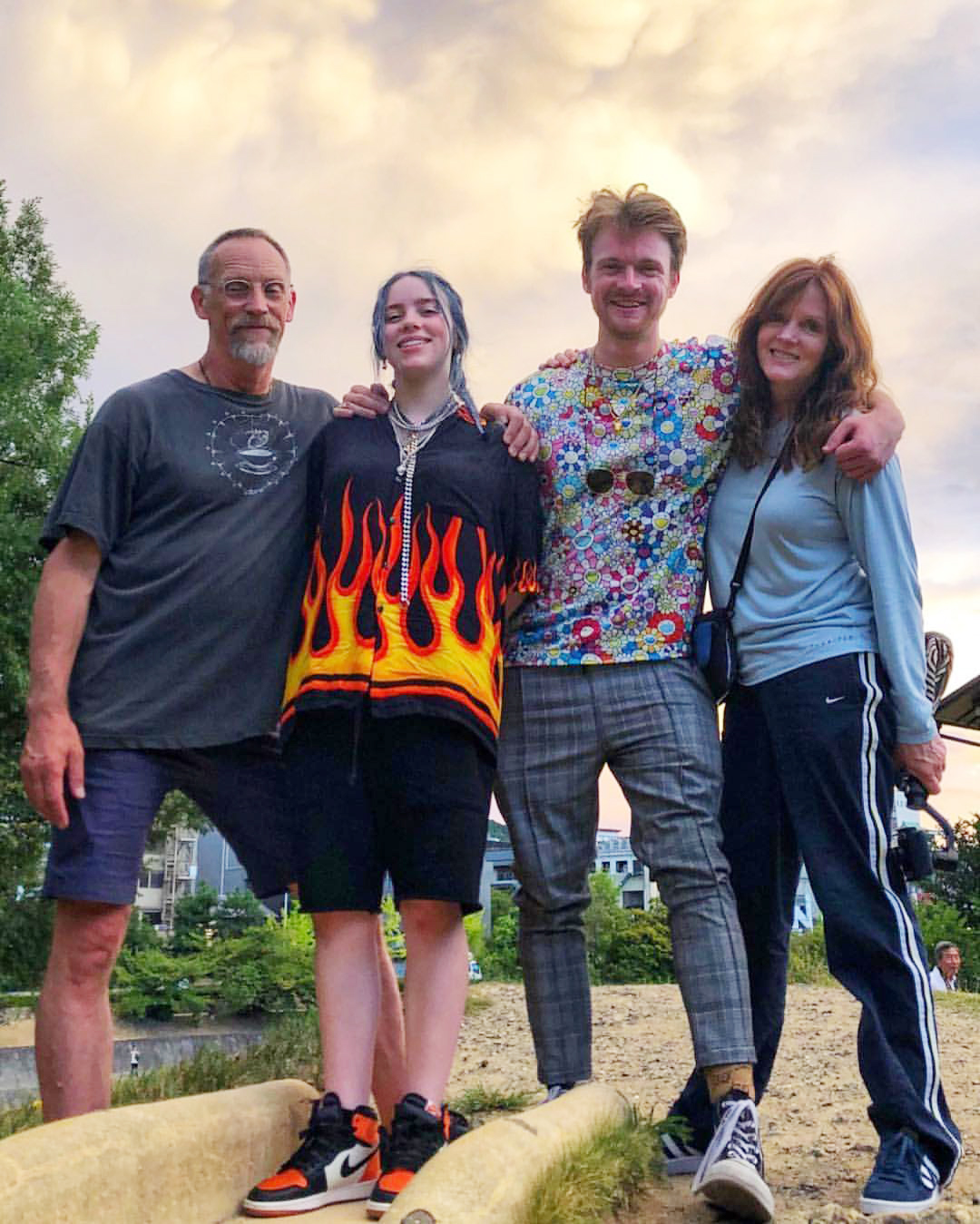 Billie Eilish with her family in beautiful weather

As she grew up, she observed how her older brother, Finneas O'Connell, grew to love music.

Her father played instruments, including the piano and ukulele, and her mother composed songs.

The little Billie was encouraged to pursue a career in music by the musical atmosphere in the home.

She grew up listening to "Avril Lavigne" and songs by The Beatles.

Even though she was homeschooled for most of her early years, she still took part in activities outside of school.

She enjoyed singing and dancing whenever she had the chance, as well as acting in home movies.

Billie Eilish joined a chorus when she was eight years old and sang for three years.

When she was 11 years old, she had already started writing and creating her own music.

She also produced a number of short films.

She also loved dance, in addition to acting and singing.

Early in her adolescence, she attended dance classes.

She has a variety of talents and aspired to be successful in the entertainment industry.

Her older brother was in his own band.

He invited his sister to record a song he had composed called "Ocean Eyes" in her voice.

This unintentional tune ended up being Billie's breakthrough hit and helped advance her career. 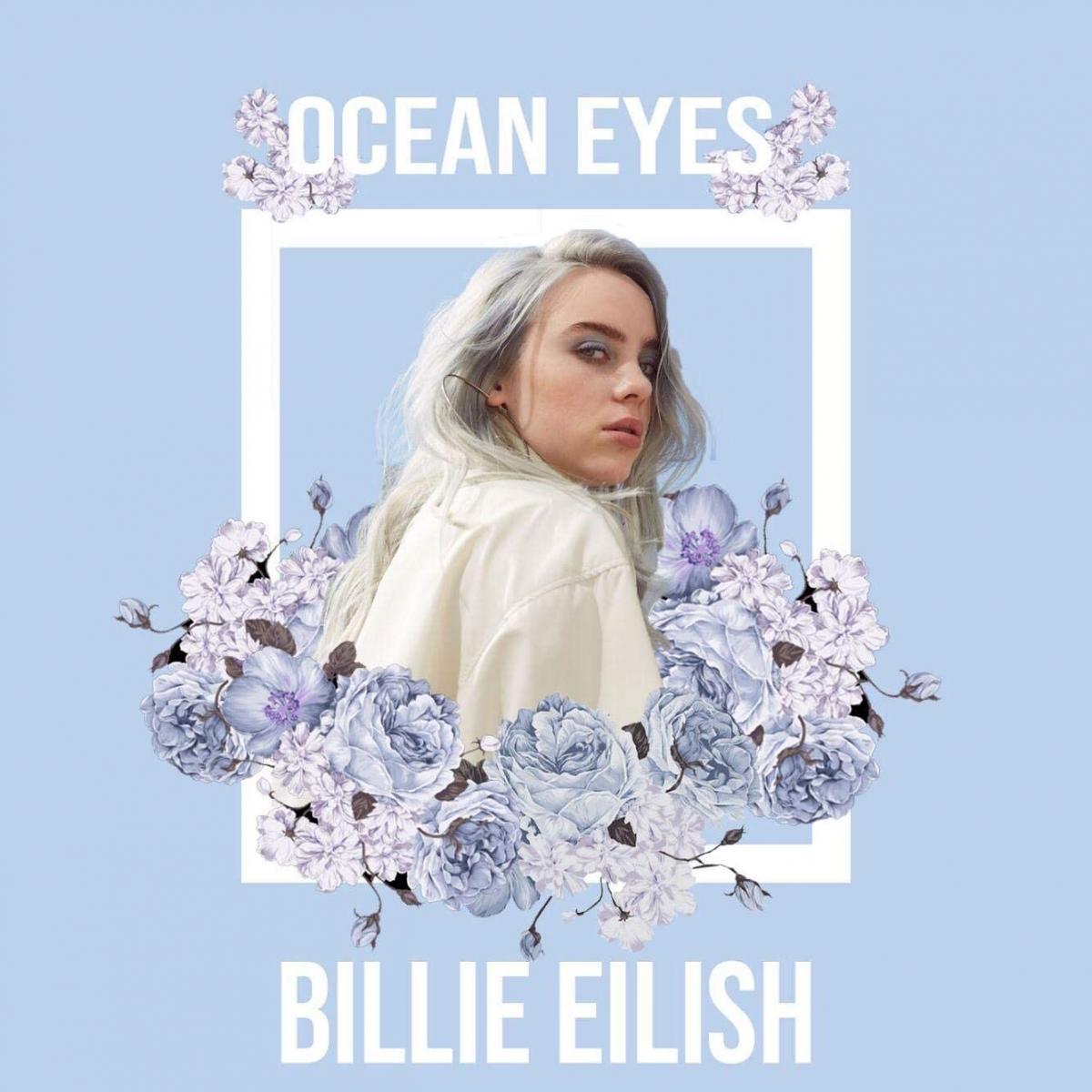 A brother-sister partnership that began when they were 12 years old is the force behind Billie Eilish's music.

Finneas O'Connell, who is Eilish's older brother, is the music producer behind the sounds of songs by Justin Bieber, Selena Gomez, Demi Lovato, and Halsey.

O'Connell has won eight Grammy Awards (and counting), winning for his work on Eilish's multi-platinum album When We Fall Asleep, Where Do We Go in the categories of Producer of the Year, Album of the Year, and Best Engineered Album.

Based on this, it's safe to say that this brother and sister act is much better than Monica and Ross Geller's. 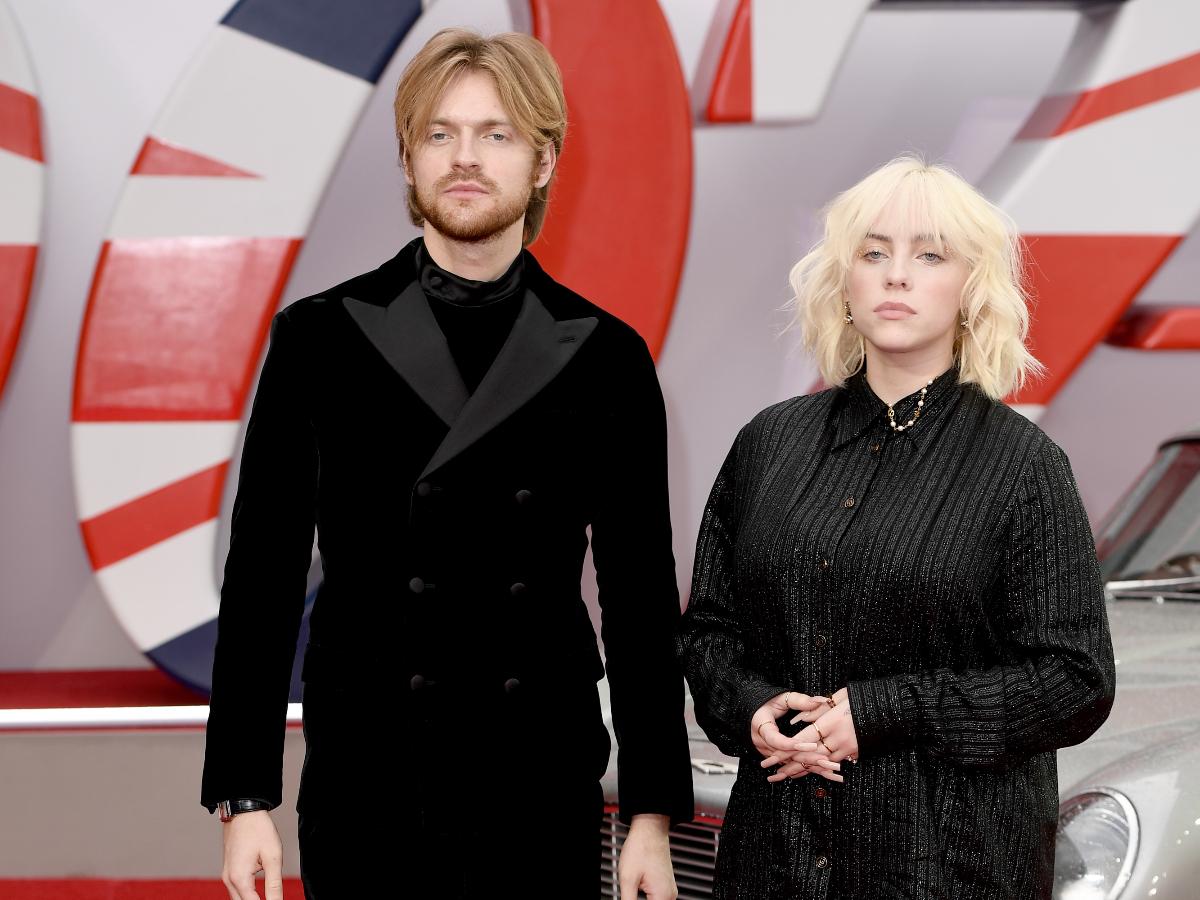 Billie Eilish began her professional life as a musician.

At the age of 11, she was inspired by the television show The Walking Dead to write her first song, which she finished for an assignment.

At the beginning of her career, she also participated in a few acting tryouts, but she didn't love doing so; instead, she preferred to record the background music for movies.

She has contributed background sound effects to films like Ramona and Beezus, Diary of a Wimpy Kid, and the X-Men series.

She began collaborating with her brother, who had a band and was already creating and producing music, in 2015.

She's Broken, Fingers Crossed, and Ocean Eyes are just a few of the songs they co-wrote and co-recorded.

After that, Eilish signed a deal with the A&R firm and got in touch with the high-end fashion label Chanel.

After that, she uploaded a music video for her first track Ocean Eyes to her YouTube channel.

She also signed with Interscope Records and Darkroom with Justin Lubliner to further her career as an artist.

She subsequently released a song called "Bored" for the soundtrack of the well-known Netflix series "13 Reasons Why."

The Eilish became a huge singing star at a young age and put out a number of well-liked EPs.

She has staged concerts around the world and participated in numerous theatre productions.

Where's My Mind Tour, When The Party's Over, When We Fall Asleep, Where Do We Go, and many other well-known tunes are just a few of the numerous singles she released.

She was revealed as the singer of the iconic James Bond Series' No Time To Die title music in 2020.

In the same year, she also told people about a Livestream concert to raise money for those who were hurt by the COVID-19 outbreak.

She worked as a model for many clothing and fashion labels in addition to her music career. 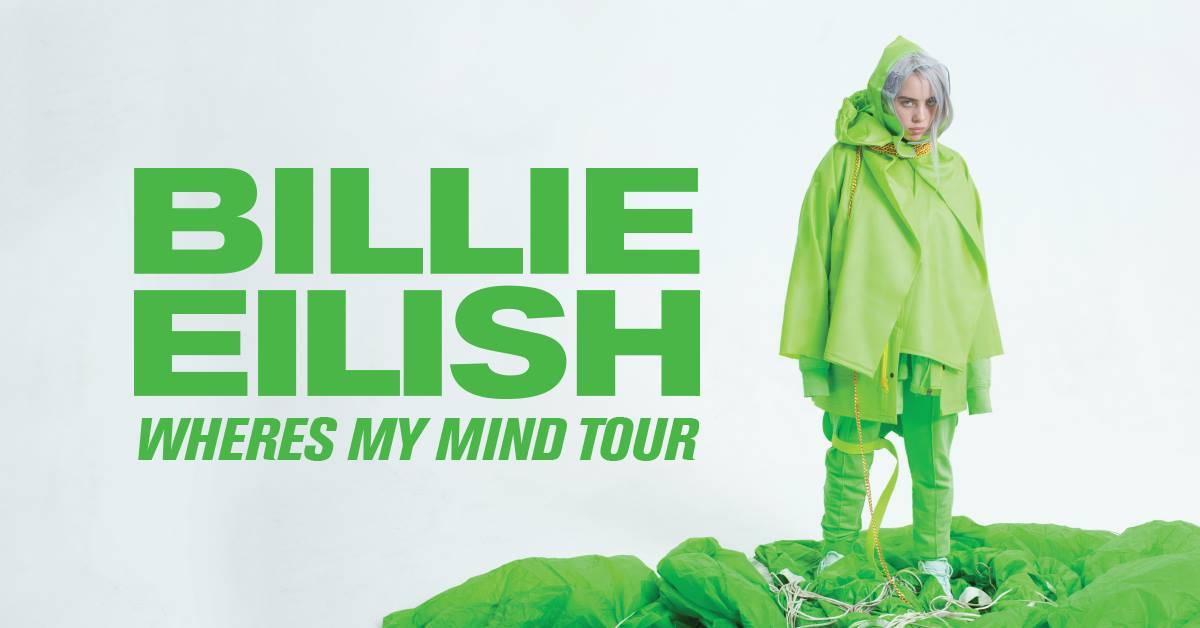 She and Takashi Murakami launched a clothing line in 2019.

She collaborated with Apple to make her song "You Should See Me in a Crown" available to Apple Store patrons.

She has engaged in a variety of animal rights and vegan activism initiatives.

She also became interested in promoting voting rights in the US.

She was the youngest female performer to win four Grammy Awards in a single year and the second overall.

One of the 2010s' most popular actors is Billie now.

Forbes estimates Billie Eliesh's net worth to be US$53 million as of 2022.

Her wealth may have grown more in two years, but the stage program could not be finished because of the COVID-19 sickness.

Her monthly pay is somewhere around $5 million.

She is currently a highly recognizable star despite her early age.

She is dating writer and actor Matthew Tyler Vorce.

She was previously linked to Singer 7: AMP (Brandon Quention Adams).

In her Apple TV+ documentary, The World's A Little Blurry, Billie Eilish made shocking revelations regarding their relationship.

She talked about her relationship with the rapper Brandon Quentin Adams and said that they broke up after dating for about a year.

They began dating in late 2018 and ended their relationship in early 2019.

Additionally, they have appeared together on a number of albums.

Actor Matthew Taylor Vorce and Billie are dating at the moment.

Although Billie hasn't confirmed their connection.

Who Is Billie Eilish's Ex?

Brandon Quention Adam, the ex-boyfriend of Billie Eilish. In a documentary, his erratic relationship with singer Billie Eilish is examined. After dating for a little over a year, Billie and rapper Q broke up. They started dating at the end of 2018, but how they originally met is unknown.

How Old Was Billie Eilish When She Became Famous?

Eilish was 13 years old when she become famous. When Eilish turned 13, the duo (Eilish and her brother) uploaded their dreamy song 'Ocean Eyes' to SoundCloud and the track exploded overnight, eventually racking up over 200 million Spotify plays.

What Is Billie Eilish Favourite Colour?

Billie Eilish is a well-known American singer and songwriter.

She became well-known for her hit debut song, "Ocean Eyes."

She used to spend 11 hours a week working in the dance studio since modern dancing piqued her attention before her music career took off.

She won the General Field Awards in all four categories in a single ceremony at the Grammy Awards in January 2020, making history as the first female artist and the youngest person ever to do so.