Best Tarot - Its Benefits To Your Spiritual Growth 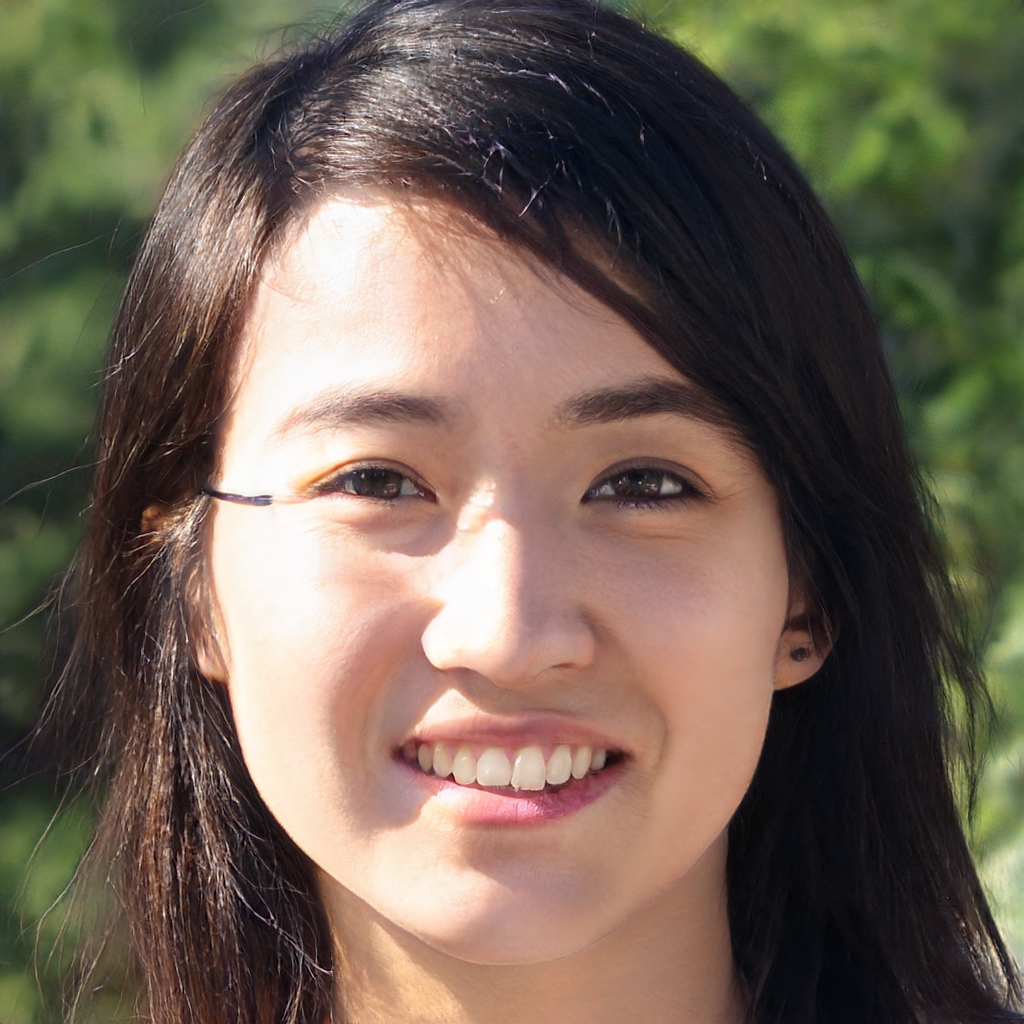 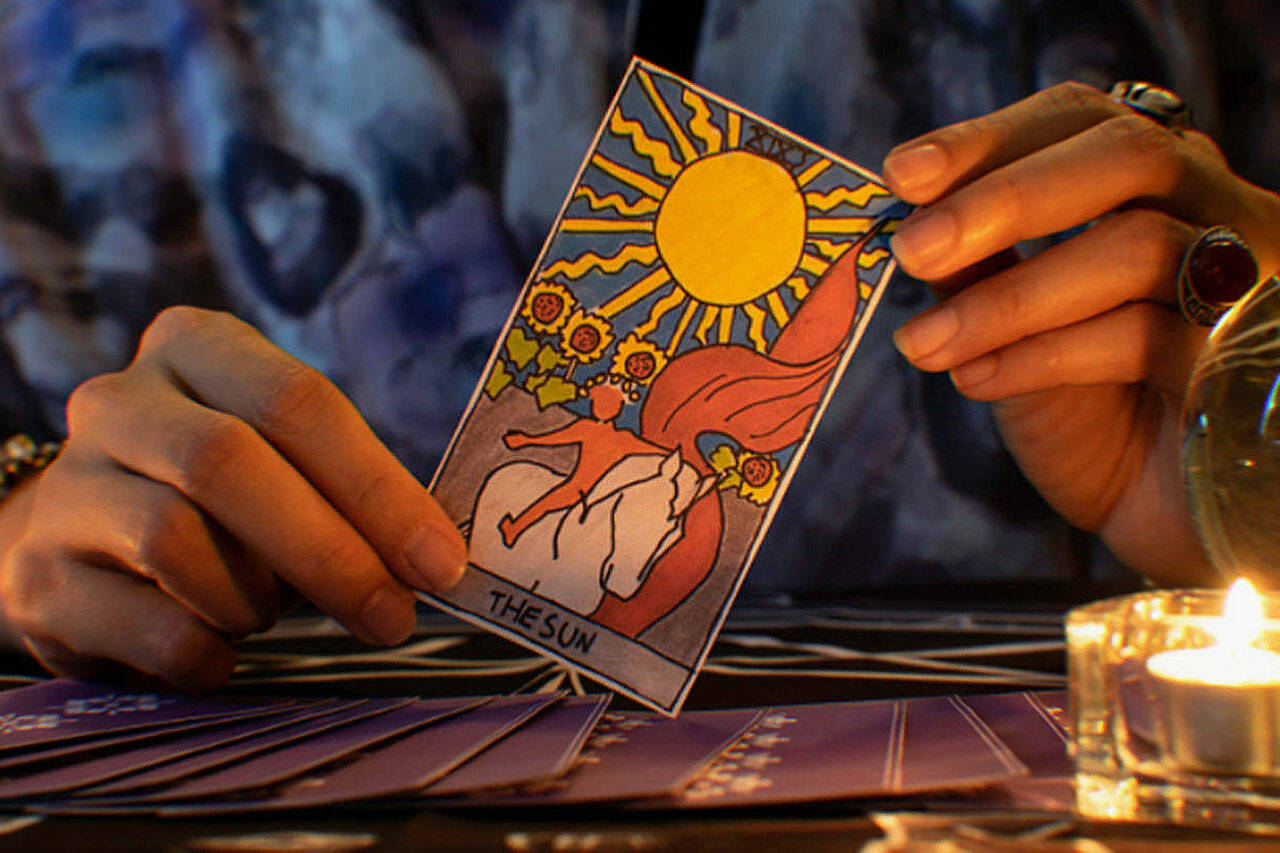 Playing cards were the inspiration behind the creation of tarot cards, and this is how the cards are still used in some regions of the world.

When it comes to your spiritual well-being, you can use astrology, numerology, and tarot, among other things, as tools to help you gain a deeper understanding of who you are and how you relate to the world around you.

Even while more people are familiar with astrology and numerology, particularly in the form of angel numbers, the use of tarot as a tool for personal development is still not as widespread as it is with the other two.

Because there doesn't seem to be as much information about tarot as there is about its spiritual equivalents, we could all benefit from buying one or more of the best tarot cards to fully tap into our intuitive potential through the deck.

What Are Tarot Cards?

There is a lot of mystery surrounding the origin of Tarot cards and Tarot readings. Some academics are of the opinion that they first appeared in Europe some time between the 14th century and the early 1500s. During that time, however, they were most often used in a game called Tarocchi.

It was not until the 18th century that we started to find historical references to people using Tarot cards for the purpose of spiritual divination. Tarot cards are not a magic trick or a machine that can tell your fortune, despite what a lot of people think about them.

They are instead a holy mirror that, through a phenomenon known as synchronicity, eliminates the disconnection that exists between your inner and outer selves. Both realities are happening at the same time, giving you the chance to connect with your true self.

How to Read Tarot Cards

What Is A Tarot Deck?

The Minor Arcana deck focuses on the more everyday aspects of life and offers insight into forthcoming opportunities and challenges. It is composed of four suits that each symbolize a different element: pentacles (element earth), wands (element fire), swords (element air), and cups (element water).

A good number of historians are of the opinion that these images may have even been instrumental in the creation of modern playing cards. In the Minor Arcana deck, there are 14 cards in each suit. These cards include the aces through tens as well as the court cards, sometimes known as personality cards: the page (princess), the knight (prince), the queen, and the king.

These playing cards are intended to reflect an individual's disposition, temperament, and personality in some way. Even though some of the specifics of certain Tarot cards can change from deck to deck, the fundamental meanings of the cards almost always remain the same.

The vast majority of regular tarot readings adhere to a straightforward format in which the reader poses a question to the tarot deck. Because the Tarot isn't meant to give specific answers but rather to show a way to better things, these questions should be as clear as possible while still leaving room for interpretation.

For instance, rather than asking "Will I get married next year?" or "Will I be promoted at work?", you should ask questions like "What should be the focus in my relationships that can lead to marriage?" or "What hidden opportunities have I overlooked in my career?"

After the question has been asked, you will first reshuffle the deck of Tarot cards, and then you will begin to lay out the cards in a Tarot card spread. There are a lot of different ways to lay out tarot cards, from the most common 11-card layout called "The Celtic Cross" to less common layouts like "The Tree of Life" or "The Pentagram."

There are countless ways to interpret a three-card spread, such as the Mind, Body, and Spirit, or the Past, Present, and Future. However, some people who read tarot may find it more convenient to employ such a spread.

When it comes to the interpretation of a Tarot reading, the meaning of a single card can vary greatly depending on a number of different aspects. These elements include who is receiving the Tarot reading, who is doing the reading, what question was asked, and even what card spread was utilized. Some people are even of the opinion that the position of the Tarot card, such as whether it was upright or inverted, might have an effect on its interpretation.

A deck of Tarot cards does not contain any cards that are essentially negative in nature. For instance, the 13th trump or Major Arcana card in a typical deck of tarot cards is the (XIII) Death card.

The Death card, despite its scary name and occult images, is actually centered on positivity and represents the rebirth you feel when you let go of dead weight and shift into a new phase of life. This card may be found in many different decks of Tarot cards.

The Rider-Waite Tarot deck, which was initially created in the early 1900s, is recognized as one of the earliest and most widely used versions of the Tarot card. You can even get tarot decks with different themes, like Lord of the Rings, Steampunk, Alice in Wonderland, or even Hello Kitty.

This deck of cards is by far the most well-known in the world of tarot. As a classic that has been around for some time, it may not be as progressive as newer alternatives. Even if the Rider-Waite or Rider-Smith iconography doesn't strike a chord with you, you may find newer decks that use the same underlying number system.

No matter how you feel about the pictures on the cards, experts agree that a Rider-Waite-Smith deck is the best choice for beginners.

These cards were created by the artist Caroline Smith and her husband, who is an astrologer. According to the description, this deck is an attempt to condense the various interpretations that can be attached to the tarot. Even though it doesn't follow the Rider-Waite-Smith system, one critic said the pictures were "intuitive and striking."

It is a tarot deck, but the only cards included are those from the Major Arcana because the deck only contains 25 cards. The artwork is aimed at individuals of African descent, as the name suggests, and notable members of the community, as well as celebrities ranging from Malcolm X and Tupac to Erykah Badu and André 3000, are featured in the piece. Alejandro Jodorowsky, an authority on the Marseilles tarot, has endorsed this deck.

In the year 2019, Mandybur designed and built her own deck. "I wanted to produce a deck that felt like a modern, queer, and inclusive homage to Colman Smith's work," she adds, which is reflected in the artwork.

The deck also emphasizes how tarot can be used as a therapeutic tool. The guidebook that comes with the deck not only explains what each card means, but also tells the reader how to take better care of themselves if they draw that card. 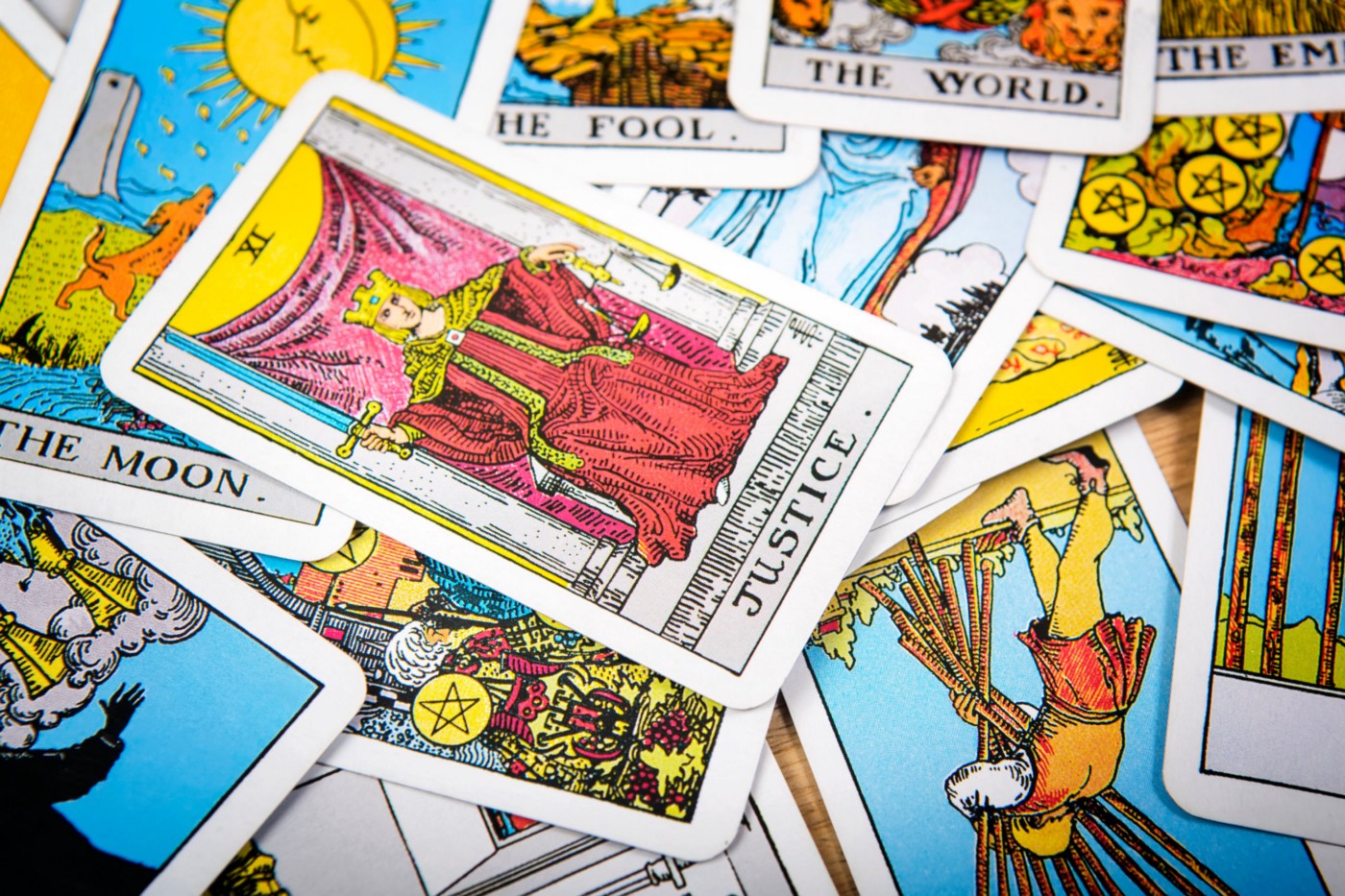 Different tarot cards laid on each other

Morgan-Greer is a deck that is packed with artwork that is vivid and full of color. Because it is based on the Rider-Waite-Smith deck, this deck is not as abstract as some of the other decks available, making it an excellent learning tool. When traveling or when someone asks for an impromptu reading, this is the deck that you reach for.

The Rider-Waite-Smith tarot deck serves as the foundation for the Modern Witch tarot deck, which features increased representation and diversity within the card's imagery. It does so by paying attention to Smith's body of work while also ensuring that people from a diverse range of backgrounds are depicted.

This deck, like the Modern Witch deck, is built on a lot of symbolism that is comparable to that of the Rider-Waite-Smith deck, but it features iconography that is more inclusive. The fact that this deck features people and cultures from all over the world makes it more approachable and relatable to a wider audience.

How Do You Start Reading Tarot?

A three-card pull and the Celtic Cross as two simple spreads are suggested for newcomers to the field. The first method involves picking three cards that represent the person's past, present, and future, or their physical, mental, and spiritual selves.

Are Tarot Cards Part Of Astrology?

You may already know that the symbolism of tarot cards is vast, but you may not be aware of the many connections between tarot and astrology. For instance, in the Major Arcana, there is a card for each of the zodiac signs.

What Culture Does Tarot Come From?

Tarot decks originated in Italy in the 1430s when a fifth suit of 21 uniquely designed cards called trionfi ("triumphs") and an odd card called il matto ("the fool") were added to the traditional four-suited pack.

The information provided by tarot cards is true, and it may be used to gain insight into your life in the past, present, and future. Reading tarot cards, on the other hand, is very much like learning another language.

To put it another way, if the person reading the tarot doesn't know what they're doing, the interpretation of the cards won't amount to much. Reading tarot cards can be compared to reading a book written in Spanish.

If you wish to comprehend the significance of each and every sentence, you will need to reach a level of complete fluency in the language. Tarot cards really exist, but despite their "magical" reputation, you will still need the assistance of a talented psychic in order to decipher the meanings they convey.