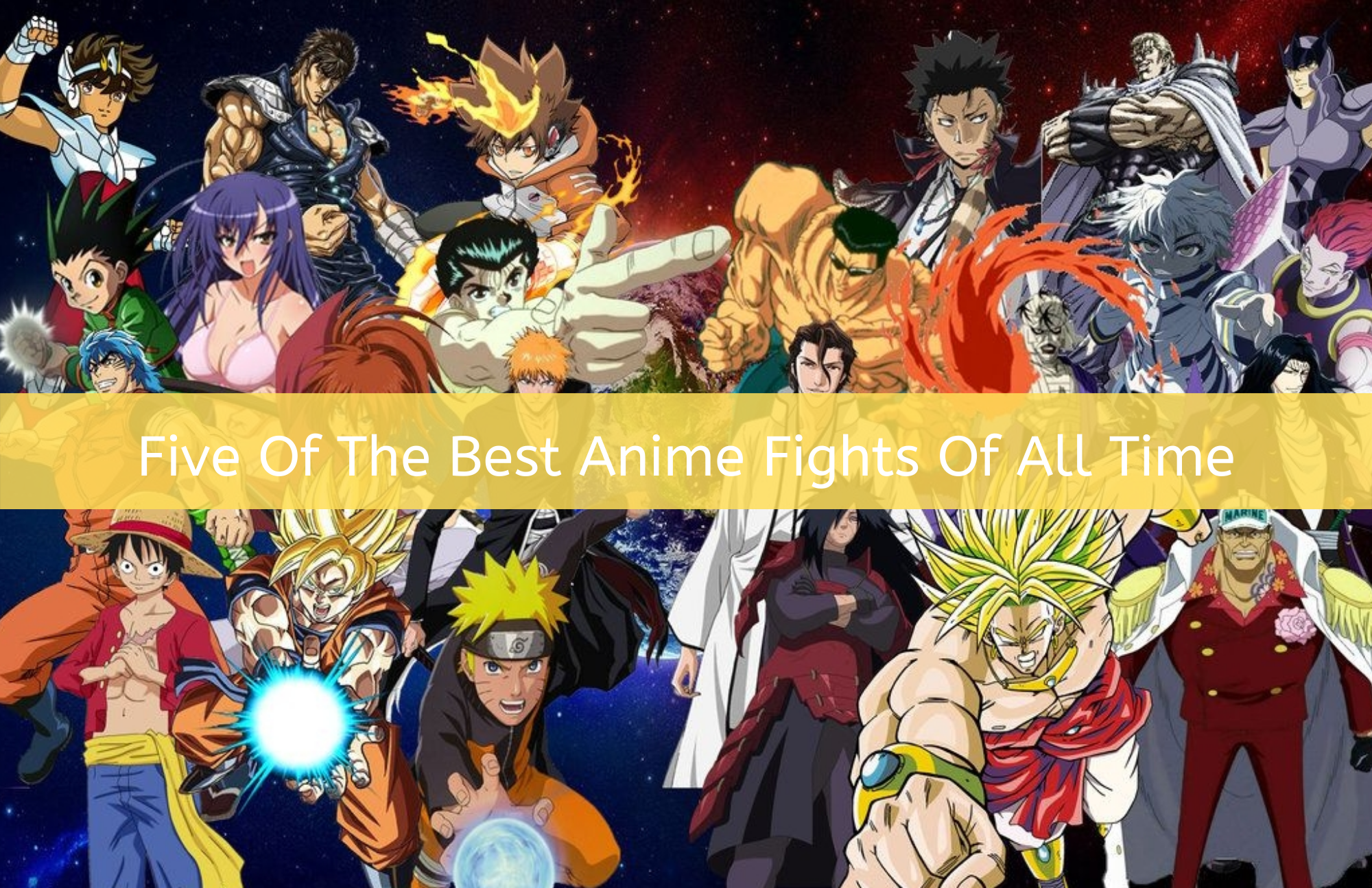 I'm looking out for some weebs here! What was your thought on the anime that you watched?

There are other fights in anime that have made a huge effect on viewers, pushing them to watch their epic conflicts over and over again.

There are a few of them that are undeniably intense, and you will definitely get the chills from them!

We're going to talk about some of the best anime fights of all time! But, before we get into that, why are so many people obsessed with Anime?

Anime Is An Exciting Thing To Watch

It's incredibly good for the mind. In most cases, people consider things that are attractive to the eye to be therapeutic.

Even though live-action movies and television episodes might have a visually appealing aesthetic, watching anime is a better method to relax because of the way it blends fantasy with realistic detail.

The characters in anime are always so colorful and unique from one another. Persons in anime have dynamic personalities, they are whole people (even when they aren't human), they have aspirations and objectives, and beyond that, there is just a great deal of variety in what they are.

Best Anime Fight Of All Time: Asuka Vs. The Mass Production Evangelions (The End Of Evangelion)

No matter what fans say about the End of Evangelion movies, the battle between EVA Unit 02 pilot Asuka Langley and the Mass Production Evangelions is incredible.

The mass production models, which Seele made in secret, are the only thing standing between Nerve Headquarters and the end of the world.

As the only EVA pilot still alive after the series' events, Asuka has no choice but to give it her all in one last push.

Asuka shows with a stunning display of technique, strategy, and ferocity that she was born to be a pilot. She uses not only the brute strength and defenses of her EVA unit but also the weapons of her enemies.

This makes it even more heartbreaking when the final blow of the battle is dealt.

Best Anime Fight Of All Time: Nobara Kugisaki And Yuji Itadori Vs. Eso And Kechizu

The fight between Nobara Kugisaki and Yuji Itadori and Eso and Kechizu, two of the Death Painting siblings, was one of the best anime fights ever.

The fight took place in the last episode of the first season of Jujutsu Kaisen. Yuji and Nobara put all of their skills and willpower into defeating the brothers.

This fight was a big part of the show and the perfect way to end the season.

During this fight, Nobara and Yuji both used their best jujutsu moves. Most remarkably, Nobara's hairpin technique killed Kechizu right after Yuji punched him with a Black Flash.

Because of his troubled past, Sasuke becomes a ninja and joins Team 7. During his time on the team, Sasuke's relationship with fellow ninja Naruto gets more complicated.

Sasuke eventually leaves the team and his house to live alone and train.

During this time, Sasuke finds out the truth about what his brother did: that the city of Konoha forced Itachi to kill the Uchiha clan to break a curse and protect his younger brother.

At this moment, he learns something that makes him hate, break the law, and seek revenge.

Naruto leaves to find Sasuke and bring him home because of his dark path.

Best Anime Fight Of All Time: Saitama Vs. Boros (One Punch Man)

In a world where nothing has survived more than one punch from the main character, it makes sense that the ultimate villain is the only one who can take it.

Boros, who can heal himself as soon as he lands his signature blow, gives Saitama a taste of the challenge he has been waiting for throughout the series. Their fight goes to places Saitama has only dreamed of before.

After fighting all the way to the moon and back, the hero comes up with a new, more powerful attack and a renewed sense of hope that life still has equals for him to face.

Tensions between the two former friends get worse and worse until the last episode when Ryo's actions cause the end of the world and the deaths of Akira's loved ones.

Since they can't do anything else, Akira, as the vessel of the devil Amon, and Ryo, as the fallen angel Lucifer, decide to fight one last time.

Each of them was in charge of a group of demons, and as they fought, they tore the earth, sea, and sky apart and sent each other flying across the planet with meteoric punches and energy blasts that tore through space.

When the dust settles, there will be nothing left but the bodies of two old friends who stayed to watch the end of the world together.

All of this is drawn in the same eye-catching style as the rest of the show, making it a treat for anyone who sees it.

Where To Watch Good Quality Anime?

Online Anime Streaming: A Roundup of the top sites:

How Many Animes Are There?

According to the findings of the poll, over 6,000 anime are created each year, and over 3,200 anime are broadcast on television each year. In addition, Japan is responsible for producing over sixty percent of the animations that are shown around the world. Anime from Japan currently holds a number of Guinness World Record titles.

What Is The Most Successful Anime?

The following is a list of the top seven (7) highest-grossing anime franchises of all time:

What Is The Dark Side Of Anime?

The main character who is too enthusiastic and never gives up, no matter how bad things get. A love interest who fought with our hero at first but couldn't help but fall in love with that never-ending spirit, just like us. There are a lot of side characters that we like and dislike at different times.

Watching the most famous clashes in the world of anime will put us in a favorable position, and these top five anime battles provided us with an incredible experience. There is no question that a large number of individuals enjoy watching anime; the reason for this is the influence that watching anime has on them. If you have already watched these anime, you should branch out and watch some other anime so that you can experience even more incredible stories.