10 Surprising Benefits Of Wearing A Durag: You Need To Know 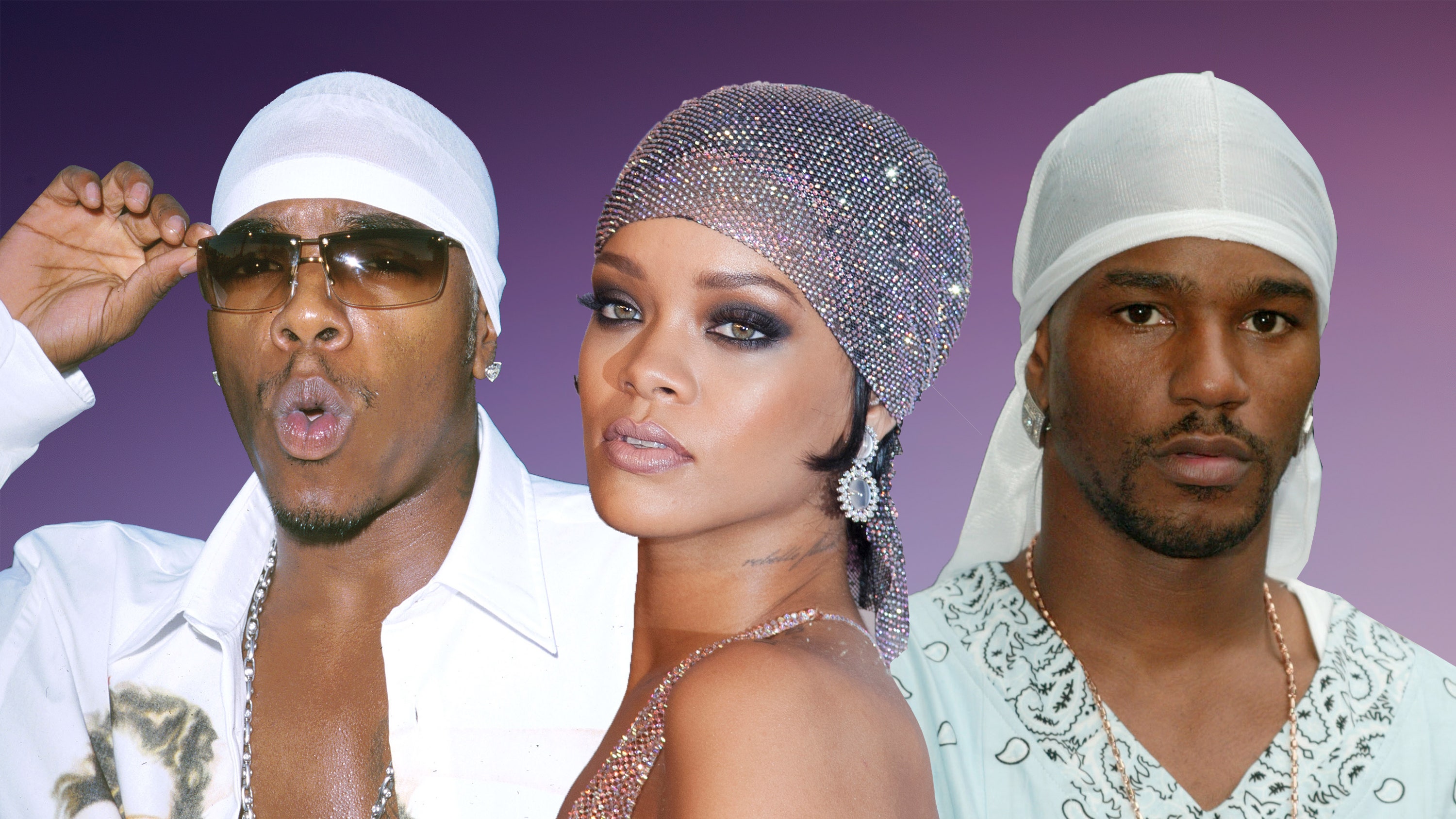 The Du-rag is unquestionably a fashionable item that has acquired widespread popularity, particularly among adolescents and young people. While some people think it's a beautiful fashion piece, others think it's got a few flaws.

Du-rags have been associated with a variety of things as a result of this. Some believe it is a secret code used by evil groups, while others believe it has links to the underworld. The debate about du-rags has reached such a fever pitch that a school in the United States has banned their use, claiming that the beautiful fashion item is culturally inappropriate. In addition, the NFL prohibited players from wearing the fashion accessory in 2001.

That decision was motivated by a desire to enhance the NFL's image. Can we, however, logically agree with the specific set of individuals who consider du-rags to be inappropriate? The objective truth about this cliché is that it is impractical, and du-rags, on the other hand, have many advantages, which contribute to their appeal.

Durags first appeared in the nineteenth century, but they were not well known until the 1930s, amid the "Harlem Renaissance" and the "Great Depression." During this time, individuals became aware of the advantages of du-rags and began to incorporate them into their fashion styles.

The first of many reasons for using a du-rag is to keep your 360 Waves in good shape. In a nutshell, it's a method of conditioning your hair to lie down in a wavy or curly pattern. Hairs, on the other hand, grow outwards, which is an issue if you want to keep your 360-degree waves, which is where the du-rag comes in handy.

The Du-rag essentially teaches your hair to lie flat on the head rather than grow outwards, allowing you to keep your beloved 360 waves. When you're sleeping, your bedding may dry out your waves and leave your hair frizzy. The answer to this issue is a du-rag, which keeps the moisture in and keeps the progress achieved by each brush session.

Our hair naturally loses moisture during the day, leaving coarse hair looking and feeling dry. Thankfully, there are a variety of treatments that may assist with these issues, and durags can help to increase the impact.

Wearing a durag whenever you apply an oil or cream can prolong the time they may remain in your hair without evaporating, making your hair texture healthier and smoother to the touch.

Straightening hair is a popular but harmful procedure. Perms are often required to maintain the desired appearance, but this may cook the ends and cause damage.

Wear a durag if you want to save some breakage and damage but still want the impression of straight locks. The headgear may be worn to keep the hair straight at the ends, allowing you to postpone your next treatment.

For a long time, durags have been used to create waves, prevent perspiration from leaking, and for a variety of other reasons. People may, however, select the durag that best fits them and wear it out in public because of the diversity of styles and materials available.

The contemporary durag has become more of a fashion statement than a practical headpiece, and why not? It makes you seem beautiful and hot. As previously said, this headgear has a long and illustrious history. Iconic superstars like Jay-Z, Drake, and A$AP Ferg have all worn the headgear at some point in their careers, and it has swiftly returned to becoming a fashion statement.

Do-rags may be worn with virtually any attire by men. It goes well with streetwear for informal occasions or extremely fashionable outfits on Fashion Week's streets. It goes well with a tee and jacket, tracksuit pants, or jeans and shoes. You may also wear it with a logo-emblazoned durag, a statement shirt, a coat, and jeans. You can wear it virtually any way you want and look amazing since it's so flexible.

Hair is particularly susceptible to sun damage, so protect it with a durag. If you spend a lot of time outside without using sunscreen, you may wind up damaging your hair in the same way that frequent perms do.

Light-colored headgear will provide the most protection from the sun's rays, while darker colors will absorb the heat and do the reverse of what they're supposed to accomplish. If you're going for a run, working out, or just spending time with friends and family outdoors, this is a great option. Excessive sun exposure may cause your hair to become dull, similar to the damage caused by perms.

Durags may help people who spend a lot of time outside or like sunbathing reduce their exposure to the sun. However, if you want to wear a durag to shield your hair from the sun, choose a light-colored one that will reflect the light. Dark hues absorb more heat, defeating the aim of wearing a durag to protect yourself from the sun.

It is against the law in certain countries to ride a bike without wearing a helmet. Some motorcyclists, however, are hesitant to wear a helmet due to perspiration. When a cyclist wears a helmet on a lengthy ride, his or her scalp secretes perspiration and sebum, which may come into contact with the helmet's foam.

When this occurs, the helmet emits an unpleasant odor, making the rider uncomfortable when he or she next wants to wear it. Wearing a durag before the helmet is an easy option. Helmets for bicyclists and other similar devices are designed to protect our heads in the case of an accident. When you ride for a long time, though, perspiration and other oils from your scalp tend to accumulate, and they don't necessarily smell good.

It's also possible that the accumulation is unpleasant. A durag is an excellent fit for cyclists since it provides an additional layer to collect perspiration before it gets into your helmet and causes discomfort.

Wearing a durag while exercising has a number of advantages. To begin with, it will keep any long hair or braids out of your face as you walk. This means you'll be able to finish your routine without being interrupted. It may also prevent perspiration from dripping down your brow if you use a sweatband to keep it in place.

Finally, it will hold the hairdo in place while you move, keeping the locks securely in place. Long hairstyles have become very fashionable in today's society. Long hairstyles are used by both men and women, and athletes are no exception. Long hairstyles make many of these athletes seem beautiful, but you don't want to know how much pain they cause them during workouts, activities, and sports.

Long hairstyles may blow in their faces at any moment when they are participating in sports, resulting in poor performance. Du-rags let you participate in any activity without feeling uncomfortable, regardless of the length of your hair.

Working in the summer may cause excessive sweating, particularly on the scalp. When perspiration from the scalp drips into the eye, it may irritate the eye, causing a significant amount of pain. A du-rag placed over the head prevents perspiration from leaking and discomfort.

It has been shown that individuals who labor in the summer sweat excessively, particularly on their scalps. Sweat from their scalps runs down their faces and into their eyes, causing discomfort.

This annoyance is very unpleasant for anybody, and no one wants to experience it. Unfortunately, many individuals are unaware that using du-rags may help them prevent this pain.

No one wants to create a lovely hairdo that ends up looking strewn. This is widely acknowledged as one of the most unappealing things that may happen to a person's hairdo. Wearing a du-rag is one method of guaranteeing that one's hairdo is maintained no matter what activity one engages in.

When one is outdoors, wind and other elements may mess up one's hairdo, which is usually unavoidable. You may wish to attend a party with your beautiful hairdo, but the wind on the way will mess it up – just wear a du-rag and take it off when you get to the party. The Du-rag can assist you with maintaining your hairstyle by pushing the hair to lie flat and retaining it precisely in place.

If you're going to a party, there's a possibility your hairdo may get messed up on the way there due to wind or other reasons. To solve this issue, just create the desired hairdo and apply the durag. Simply remove the durag when you get to your destination. You'd acquire the exact same look you had before leaving for the party.

To Maintain The Braids

Braids may suffer from the same issues as 360 waves, including hair getting frizzy over time. With all the effort it takes to put them together, stray hairs start to make their way out of the twists, which isn't fun.

Durags are excellent for keeping braids in place, particularly when sleeping. Plus, anything that aids in the maintenance of your chosen hairdo is a plus. Women who wear braids have an issue with stray hair. They may, however, circumvent this issue by utilizing du-rag. Wearing a du-rag keeps all the hair in a braid together, preventing stray hair from falling free. As a result, you'll be able to keep the braids you want.