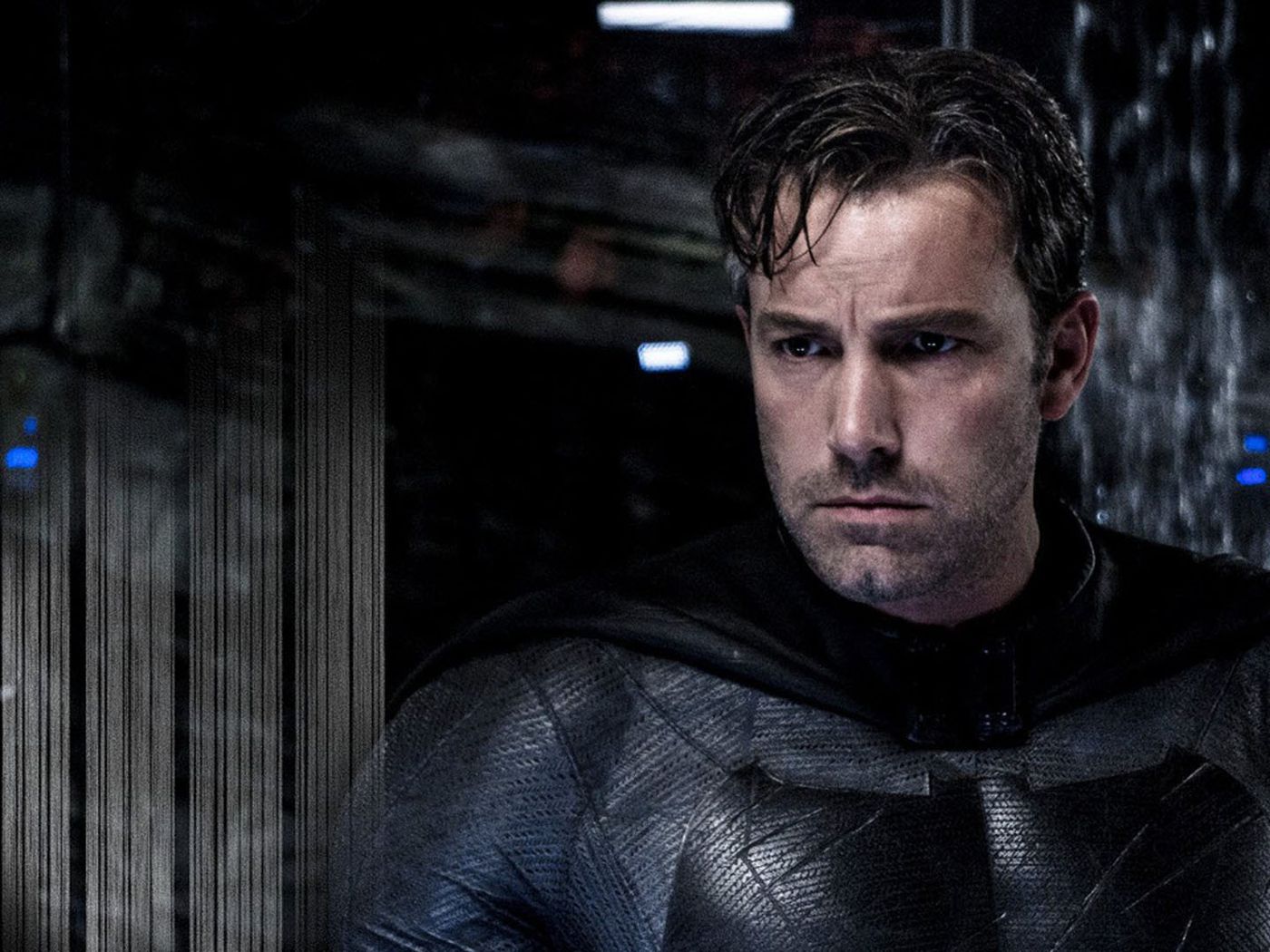 He rose to prominence after appearing in Richard Linklater's classic film Dazed and Confused (1993), in which he played a high-school senior, and then in Rich Wilkes' comedy Glory Daze (1995). In 1997, Affleck starred as a comics artist in Smith's art-house hit Chasing Amy, and he also co-wrote and co-starred in the drama Good Will Hunting with Matt Damon, for which they received an Academy Award for Best Original Screenplay.

Following that, he co-starred with Bruce Willis in Michael Bay's $554 million-grossing science fiction picture Armageddon (1998), which was his greatest box office hit to that time. Project Greenlight (2001–05), a television series that offers training to first-time filmmakers, was produced by Affleck's production firm LivePlanet, which he founded with Damon and Sean Bailey in 2000.

He has worked as an executive producer on a number of projects directed by the show's winners. Affleck starred with Kate Beckinsale in Michael Bay's military picture Pearl Harbor (2001), which was a box office success despite mixed reviews. His career fell into decline after starring in a string of critical and financial flops, including the superhero picture Daredevil (2003), the comedy Gigli (2003), and Surviving Christmas. He subsequently made a return with the biography Hollywoodland (2006), for which he received a Golden Globe nod for his depiction of George Reeves.

Gone Baby Gone, a thriller based on Dennis Lehane's book, was Affleck's feature film directorial debut in 2007, and it received critical acclaim. He went on to star in and direct two critically praised Warner Bros. films: The Town (2010), a crime drama, and Argo, a thriller (2012).

The latter, in which he portrayed CIA operative Tony Mendez during the 1979 Iran hostage crisis, won the Academy Award for Best Picture and Affleck won the Golden Globe and BAFTA for Best Director. In David Fincher's thriller Gone Girl, Affleck portrayed a man convicted of killing his wife. He appeared as Batman in the superhero picture Batman v Superman: Dawn of Justice (2016), which was his highest-earning movie at the box office, making over $873 million worldwide. He reprised the character in the following sequels based on the DC Extended Universe. He'll also be directing Keeper of the Lost Cities, a live-action film based on Shannon Messenger's 2012 middle-grade book of the same name.

The Town, Affleck's second attempt at directing a feature-length picture, was released in 2010. It's only natural for Affleck, who is one-third of Boston's Holy Trinity of Bros (I'm looking at you, Matt Damon, and Mark Wahlberg), to return to familiar terrain for his second directorial effort. The Town follows Affleck's critically praised feature-length directorial debut, Gone Baby Gone, by only three years.

It addresses classic themes with familiar characters weaved in as we follow this crime thriller about a gang of boyhood friends trying to pull off one of their greatest bank heists yet as it unfolds in and around the Massachusetts capital among rougher, blue-collar people.

In The Town, Affleck balances the roles of star and director, which he does better in Argo and less effectively in Live By Night. In terms of suspenseful criminal dramas, it's a good thing Affleck is leading the charge, with Jeremy Renner on standby as his deputy. Affleck is at his best when there is a strong core relationship in which he is one half of a pair, so having this Affleck-Renner partnership center the film is obviously beneficial to his performance and the film as a whole.

In this gripping thriller starring Ben Affleck and Samuel L. Jackson, a chance meeting between Affleck's unethical lawyer and Jackson's desperate insurance salesman escalates to a fierce personal rivalry between the two.

After the critical mauling of Michael Bay's romantic war epic Pearl Harbor the previous year, which remains one of Affleck's worst-reviewed films, the film served as a dramatic redemption for Affleck in the eyes of reviewers.

Under Affleck's direction, the ensemble cast excels, striking a balance between a wacky Hollywood story and a very tense political drama. This historical piece's remarkable attention to detail pulls the spectator into an adventure that is fascinating from start to finish.

Chasing Amy defies expectations by telling a new type of love tale, complete with bawdy comedy and pop-culture allusions. Affleck portrays a comic book writer who falls in love with his ideal lady. who happens to be a lesbian.

Though certain elements of the narrative have aged poorly, Affleck gives a sensitive and immensely empathetic performance in one of his first excursions into leading man territory. It delivers a powerful emotional punch that is both honest and lovely.

The Accountant, Affleck's first collaboration with filmmaker Gavin O'Connor, was released in 2016. The Accountant, in my opinion, is a remarkably tight, suspenseful, and fascinating thriller, but it falls short of the brilliance of the second and most recent collaboration, The Way Back. Since Affleck is both neurotypical and not a book-cook, there are a thousand and one ways his depiction of a guy on the autistic spectrum working as an accountant by day and a book-cook for the mafia by night might have gone awry.

Affleck is able to handle a character he's never portrayed before while remaining in a world he's familiar with due to prior performances by making this wise performance decision. The Accountant, directed by O'Connor, manages to be both entertaining and new, with a limited scope and a nod to the sort of crime thrillers that were popular in the 1970s.

Affleck's most recent performance (at the time of publishing) in The Way Back, as a washed-up former high school basketball player fighting his way back from the depths of alcoholism, is also one of his best. Affleck gives one of his best performances in recent memory, considering the personal connections to portraying an alcoholic in recovery an element of his life he was open about in the lead up to The Way Back's release.

In The Way Back, O'Connor's creative ease shines through, making this film a fascinating watch as the two characters collaborate to bring this tale to life. While viewing The Way Back, it's also obvious that we'll soon be talking about it as the start of a new chapter in Affleck's career, one that may possibly kick off a renaissance era after some turbulent years.

State of Play is a conspiracy thriller film directed by David Yates, who previously helmed Harry Potter and Fantastic Beasts. It is based on a British TV series of the same name. The heart of the tale and the remarkable quality of the actors stays the same in Kevin Macdonald's Americanized adaptation, which transposes London to Washington, D.C. with all of the political details.

In the film, Affleck portrays a congressman who is engaged in the murder of a mistress, which leads to the discovery of a larger plot when Russell Crowe's old journalist buddy becomes involved.

Billy Bob Thornton's comedy, about a very different – and acrimonious – Arkansas family forced to come together in the aftermath of a relative's murder, is full of unusual characters. Thornton also writes and directs the film, which has an incredibly diverse ensemble.

Affleck has a supporting role alongside Jamie Lee Curtis in the film. The two portray a husband and wife legal team with all the same peculiarities as the Montgomery family at the heart of the tale. Daddy and Them is a unique experience that is not for everyone. Its distinct sense of humor and performances, especially Laura Dern's, are strengthened, as shown by its critical score.

Not every great novel is adapted into a terrific film. Thankfully, director David Fincher's choice to portray Affleck in the ethnically ambiguous character of the philandering husband who becomes the main suspect in his wife's disappearance ensured that Gone Girl did exactly that.

Affleck shines in the charming and complex character with an ambiguity that leaves the viewer wondering. In this psychological thriller, he deftly navigates every twist and turns, giving one of his most fascinating and multi-layered performances to date.

Dogma, which is Affleck's finest collaboration with Kevin Smith and, in my opinion, the second-best Affleck-Damon combination (sorry, Jersey Girl). What's not to love about Ben Affleck and Matt Damon as the fallen angels Bartleby and Loki, who have descended to Earth to actually unleash hell?

What's not to love about Linda Fiorentino as protagonist Bethany, who must enlist the aid of Jay (Jason Mewes), Silent Bob (Smith), the angel Metatron (Alan Rickman), and Jesus' boyhood buddy Rufus (Chris Rock) to take down Bartleby and Loki? In this film, Affleck and Damon do the Boston brothers well as they travel from town to town, stirring up trouble and enjoying every minute of it.