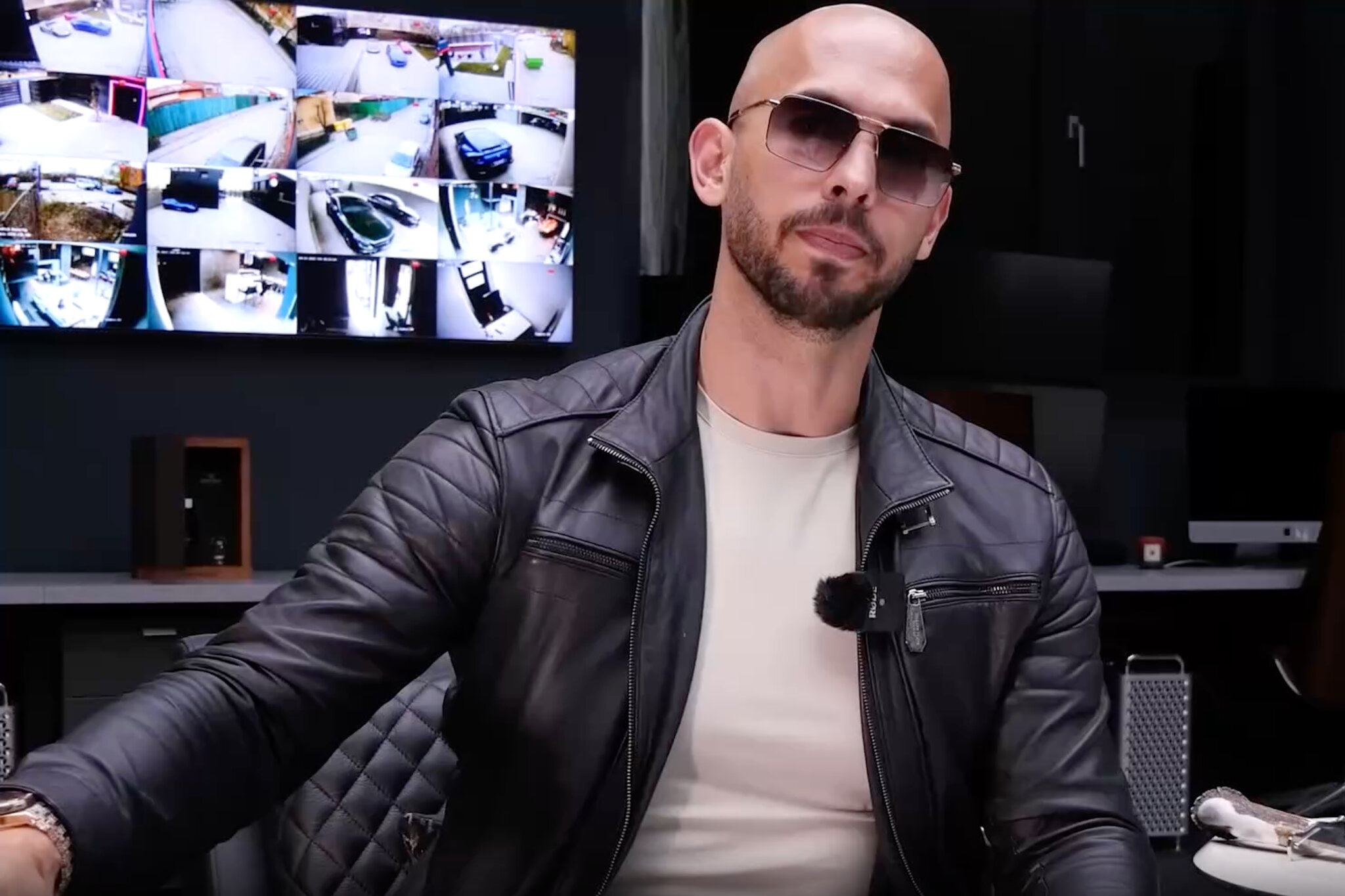 He is best known for his controversial self-help videos, in which he discusses relationships, women, business, and being an alpha male, as well as making money.

He gained even more notoriety as a houseguest on the 2016 season of Big Brother UK, however, he was ultimately kicked out of the house for reasons unrelated to the competition.

In August of 2022, he was criticized for the "misogynistic" films that he had posted to TikTok.

Who Is Andrew Tate? 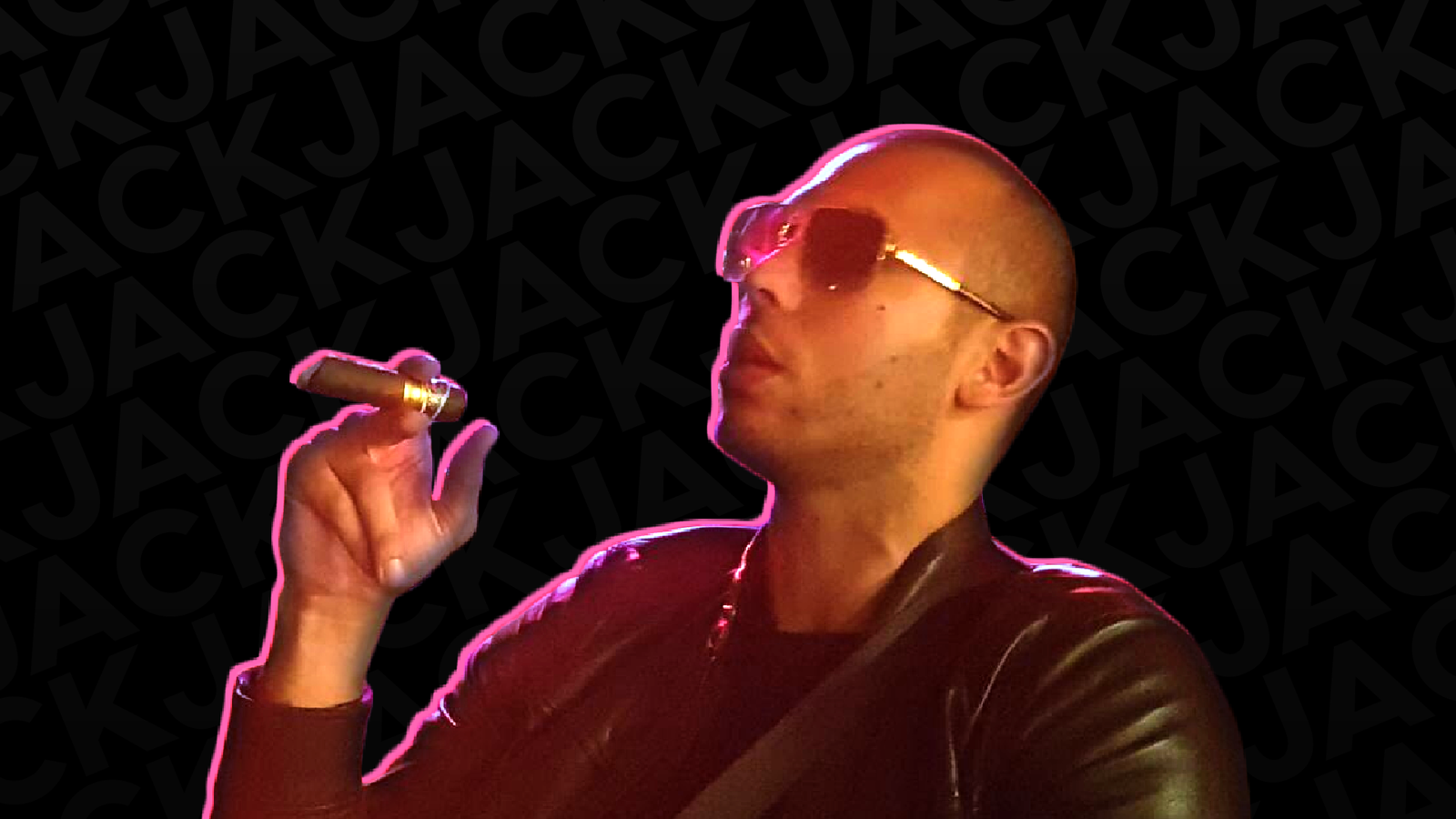 Andrew Tate is a British-American kickboxer, commentator, and businessman who goes by the name Emory Andrew Tate III.

In 2018, he started posting videos on his YouTube channel "TateSpeech," where he often shared controversial, conservative, and "red-pill" views, such as bad advice about women and dating, as well as tips on how to make money and do well in life.

Tate has been in a few controversies, like when a video of him whipping a woman came out and got him kicked off Big Brother.

He has also been accused of human trafficking because he and his brother Tristan run a webcam ring.

Tate gained the majority of his notoriety as a professional kickboxer between the years 2007 and 2020.

As a member of the International Sport Karate Association, he beat super-cruiserweight champions Ollie Green and Mo Karbo in fights that were very important.

Tate later fought Paul Randall for the ISKA English Kickboxing Light-cruiserweight title, which was open at the time.

In the fifth round, the referee stopped the fight.

In addition, when he won, he got the first belt of his career.

In 2013, he won the ISKA World Full-Contact light cruiserweight title, which gave him his second belt.

In fact, in the fight in Chateaurenard, France, he got even with Vincent Petitjean for beating him in 2011.

He has also won a number of important sports games.

In 2014, he was recognized as the best Enfusion practitioner in the world.

In Tate's most recent bout, which took place on December 16, 2020, at the KO Masters 8 competition, he prevailed over Cosmin Lingurar to earn the victory.

MMA is another sport in which he has won.

The 13th UWC (Ultimate Warrior Challenge), where he beat Shane Kavanagh, was the only time he won in the sport.

Tate joined the 17th season of the British reality TV show Big Brother in June of 2016.

Tate was only on the show for seven days before he was kicked off.

This happened after videos of him being mean to women were posted online.

In the first video, he can be seen using a belt to beat an ex-girlfriend.

After the first video, two more came out in which Tate asked a woman to count the bruises he gave her and said, “If you behaved I wouldn’t have to hit you, would I?”

In a second clip, he hits and pulls the hair of a woman who didn't listen to him.

Tate said in an interview that the videos are "bullshit" and a way to get rid of him.

He said that he was actually kicked off the show because he got into fights with some of the other housemates.

Tate says that the acts of violence were agreed upon.

He thinks they kicked him out because he used to be a fighter and they were afraid that he and the other housemates would fight (since removed).

Tate put up his first video on the TateSpeech YouTube channel on March 5, 2018.

He and his brother talk about gun control in the video.

Andrew is against making more laws about guns.

In the video, he drives around in his car while criticizing feminism and saying that women need men to survive but men do not need women to survive.

He says this at the 2:00 mark: men are better than women, that's my point. I'm not sexist, I'm realistic and reality is sexist" (since removed).

Some of the most watched videos on the channel include a short clip from his interview on the Your Mom's House podcast where he talks about "what men really want," which got over 2.5 million views in five months.

Also, another video where a psychologist talks with Tate got over 1.2 million views in a year (since removed).

Andrew Tate was banned from Meta's Instagram, Facebook, and all other platforms on August 19, 2022, because he broke community rules and was a part of a "dangerous organization or person."

Between 2016 and 2022, Twitter had already banned a number of Tate accounts and accidentally verified one in 2022 before taking it down.

YouTube did the same thing and will ban Tate for good on Tuesday, August 23, 2022.

Tate's own content had been taken down, but videos and posts of him talking and sharing his thoughts were still very easy to find on many platforms.

A Media Matters report about Tate videos on TikTok made this point clearer by showing how easy it is to find highly followed users who repost Tate content.

A screenshot from the Media Matters report showed how many Tate fan accounts were still on TikTok after Tate was kicked out of the platform.

Before he was banned, Tate's reach and the audience had grown a lot.

At the time it was taken down, he had 4.7 million followers on Instagram.

In the month before it was taken down, he got 2 million new followers.

Google searches for Tate also went through the roof in the months before he was fired.

This shows that he quickly got a foothold online after years of being only slightly connected to right-wing online influencers like Jack Posobiec and Alex Jones.

Civil society leaders and teachers from all over the world were worried about Tate's influence on young men and how far he was able to reach.

One Instagram post from @the.unteachables on August 12, 2022, which got more than 5,000 likes, gave teachers tips on how to deal with Tate followers in their classrooms.

Many people shared tweets about Tate's removal from social media, like this one from English rapper and YouTuber KSI from August 21, 2022, which got over 310,000 likes in less than a day.

Insider was told that TikTok is also using special software to delete Tate-related content and other people's reposts of his videos, as well as to keep him-related content from showing up on For You pages.

Some posters on Twitter, who posted their opinion on August 23, 2022, and got just over 850 likes in an hour, were upset by what the Tate incident showed about the power of social media platforms.

And also the tools they have to control public conversations and get rid of users like Tate.

They were afraid that these tools might be used against them in the future.

Andrew Tate posted a "final message" to his Vimeo followers on Tuesday, August 23, 2022..

He said that many of his comments that have been criticized for being sexist were "taken out of context."

The video that Tate made lasted 1 hour and 13 minutes.

He was banned from Twitter in 2017 after he said that women who are sexually assaulted should "bear some responsibility" for it.

Tate used to be known as a professional kickboxer and struggling reality TV star.

Recently, he has gone viral in part because of his extreme statements, such as comparing women to property and describing in detail how he would beat a woman who accused him of cheating.

He also said that men would rather date 18 and 19-year-old women than women in their mid-20s because the younger women have had sex with fewer men.

Tate said that he was a "victim" of his "own success" in the video.

He didn't talk about being banned from YouTube or TikTok, but he did say he wasn't "mad" about being kicked off Instagram and Facebook, which are both owned by Meta.

But he said he wished he had been told about the bans before they were put in place.

Tate said that clips of him talking about his ideas that went viral were taken out of context.

He said that short-form video sites like TikTok and Instagram Reels were to blame because they only showed parts of what he said.

He said that was "unfairly vilified."

Tate also said that he was going to stop co-hosting a podcast with his brother, Tristan Tate.

He said that he wants to "speak for men" for a long time.

“Me being alive on the internet will allow me to lead men in a very positive direction," he said. "Banning me and deleting me leaves a black hole. It’s me or nobody.”

How Much Money Does Andrew Tate Make?

Sources on the internet say that he has a huge net worth of $350 Million, which is a lot of money.

Tate may be rich, but the media hasn't been able to confirm that he is a trillionaire, and it's unlikely that the controversial influencer is pretending to be a trillionaire.

Andrew Tate has made most of his money through an online program that teaches people about cryptocurrency, e-commerce, and business.

Tate also invests in cryptocurrencies and has more than one casino chain.

He also owns a lot of digital products that you have to pay to get into.

What Did Andrew Tate Say About Women?

He also thinks that rape victims should "bear responsibility" for their attacks.

According to videos posted online, he dates women between the ages of 18 and 19 because he can "make an impression" on them.

Who Is Andrew Tate And Why Is He Famous?

An investigation by the Observer shows how the former kickboxer and Big Brother contestant from Luton went from being unknown to being famous on the internet around the world in just a few months.

Are Tate Followers Being Told To Flood Social Media With Videos?

The Observer has proof that Tate's fans are being told to post a lot of videos of him on social media, and to choose the most controversial ones to get the most views and engagement.

Andrew Tate was involved in several controversies that made him both well-known and well-known for all the wrong reasons.

He became well-known for the horrible things he said in support of Harvey Weinstein when he was in the middle of a sexual abuse scandal.

Also, his comments about the women who accused Weinstein made a lot of people angry.

Tate is also known for often saying things about women that upset people.

In fact, he made some very rude comments about women in a stream with Adin Ross.