An Old Practice of Lunar New Year in Indonesia 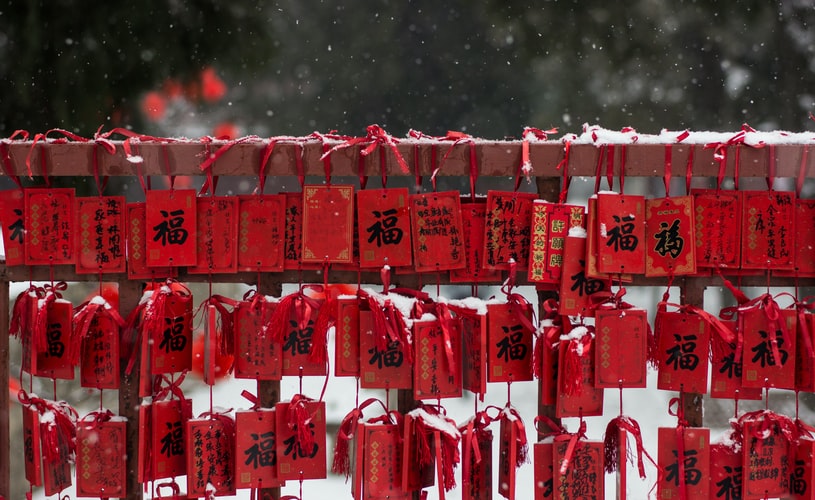 Jakarta (AFP) — Chinese-Indonesian Anatasha Eka will happily accept a red envelope stuffed with "good luck" cash from her grandmother and visit a temple for Lunar New Year -- despite being among a swelling number of young evangelical Christians here shrugging off Chinese tradition.

Eka, an 18-year-old recent high school graduate, sits on a bench at the Jakarta Praise Community Church, or JPCC, where she converted to Christianity three years ago.

"My grandmother is still upset, so I didn't get baptized until a year ago. She is very concerned about Chinese culture dying out," said Eka, who has a non-practicing Christian mother and strictly Buddhist father.

"I came to this church and just found I had a relationship with God. I'm not just praising him, He's also helping me.

"I talked to my father -- I said I want this, and this is the freedom that I have, to choose my religion."

Both Christians and Buddhists are minorities in Indonesia, the world's most populous Muslim nation. This Chinese New Year will be only the fifth time it will be celebrated as a national holiday after it was suppressed under ex-president Suharto, who ruled for more than three decades until 1998.

Like many ethnic Chinese communities abroad, respect for tradition is the main bond connecting the group and distinguishing it from others regardless of religion.

In a hall next to a hotel in Jakarta's leafy business district, sometimes 6,000 people, nearly all young adults, and teenagers have to queue to attend one of five consecutive Sunday services.

About half the congregation are Chinese-Indonesian, the church's youth minister, performer, and record producer Sidney Mohede said at its business headquarters, high up in another office building in Jakarta.

The baby-faced 35-year-old of Chinese-Indonesian descent left college life in the United States, where he lived as a teenager, to set up a bible reading group of 60 people in Jakarta.

Nine years later, the JPCC has drastically expanded and incorporates a profit-making music business, True Worshippers Productions, on the side.

"In many ways, I think the (Suharto) government did a lot of damage... They did a lot of things where the Chinese community just felt insecure," Mohede said in an American twang.

"When I look at the younger generation now... I think it's easier for them to embrace equality and just being one in this unity we call 'church' or 'nation' or 'generation'," he added.

During Suharto's iron-fisted rule, the reputedly business-savvy ethnic Chinese endured attacks from Indonesians angry about a flailing economy in the 1990s and assimilation policies that banned their culture, the director of the Chinese Heritage Centre Leo Suryadinata said.

Today, fewer of the population felt 'Chinese' enough to identify themselves as such in a 2005 national population survey compared to a census five years ago, according to demographer Aris Ananta of the Institute of Southeast Asian Studies in Singapore.

The figure fell from 1.20 percent in 2000 to 1.06 percent in the survey, he said, noting as well that Chinese-Indonesian birthrates have declined and immigration among ethnic Chinese out of Indonesia has occurred.

And while there may be something of a Chinese revivalist movement since Suharto was forced to step down -- Confucianist, Taoist, and feng shui products have become increasingly prevalent -- "Chinese-ness does not necessarily mean Buddhism," Anata said.

Of the approved religions in Indonesia, including Islam, Christianity, and Hinduism, Buddhism is the only faith to have declined as a percentage of its 234-million strong population.

The number of Christians meanwhile nearly doubled to 17.9 million followers, according to Anata's figures.

No official statistics exist to support it, but anecdotal evidence suggests that more Buddhist Chinese have become Christians as they increased their standards of education, Anata said.

It was during his college education in the United States that Joe Sentoso, 27, now a minister at JPCC, finally abandoned the devout Buddhism of his parents for Christianity.

"It's hard for my parents to understand what I'm doing, but I keep telling them it's not just about Christianity. I'm investing my time for this new generation, so it can be awesome," he said.

This Chinese New Year Sentoso will join his parents at a temple, where gifts of chicken and pork will be left as an homage to his deceased grandparents.

"They do understand that once they're gone we're not going to do that anymore. We don't believe in it," he added.