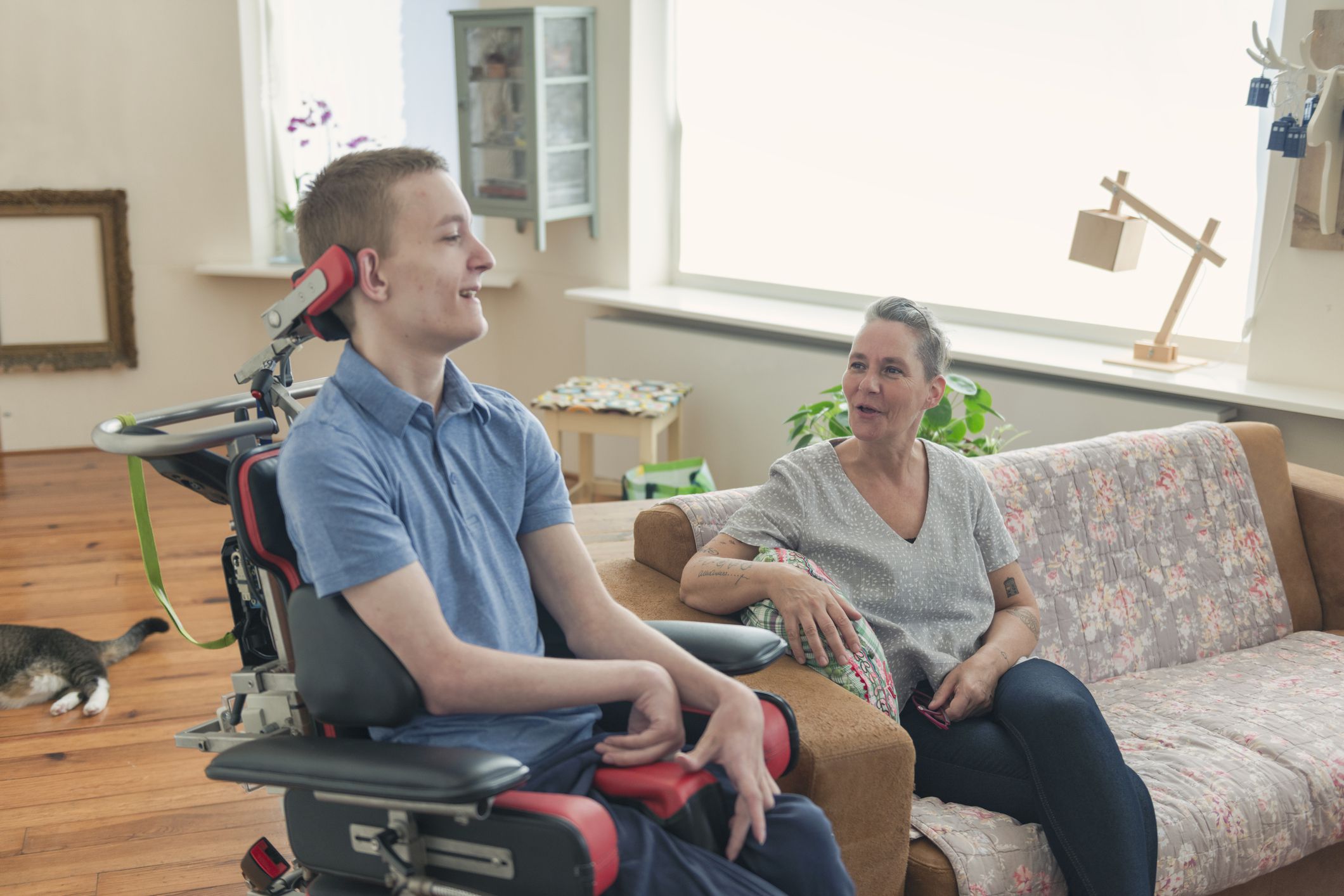 Amyotrophic lateral sclerosis (ALS) is a fatal neurological disease that is defined by the progressive degradation of both upper and lower motor neurons.

The disease ultimately results in paralysis and death between three and five years after it is diagnosed.

In spite of the fact that ALS is primarily a disease of the motor neurons, nearly half of ALS patients show cognitive or behavioral abnormalities, which suggests that non-motor systems have a role in the pathogenesis of ALS.

It is estimated that there are three to five cases of ALS for every one hundred thousand people in both Europe and North America, and the prevalence of the disease increases with advancing age.

The average age of onset for ALS is between 55 and 65 years old, and men have a higher cumulative lifetime chance of developing the disease (1:350) than women do (1:400).

At this time, there is no treatment or cure available for ALS. Riluzole, which is an inhibitor of glutamate release, and edaravone are the only two drugs that have been authorized by the FDA for the treatment of ALS (a free-radical scavenger).

Their benefits, on the other hand, are restricted to delaying the onset of illness and adding two to three months to one's lifespan.

Over the course of the last two decades, a variety of therapy approaches have been investigated via study, but it has not yet been shown whether or not these approaches are beneficial in actual practice.

Enteroviruses (EVs) are single, positive-stranded RNA viruses that are members of the Picornaviridae family.

This family of viruses includes poliovirus, coxsackievirus, echovirus, and enterovirus, with the latter (especially EV-A71 and EV-D68) being responsible for significant outbreaks in Asia-Pacific and North America, respectively, in recent years.

EVs have the potential to cause infections with no outward symptoms or neurological issues. EVs have a significant tropism for the central nervous system (CNS), and in infants and children, they may cause poliomyelitis, aseptic meningitis, encephalitis, and non-polio flaccid paralysis.

After polio vaccination, there has been a surge in the number of neurological disorders caused by EVs other than polio.

Acute flaccid paralysis is often the result of an infection with EV-A71, echovirus, or coxsackievirus.

Recent epidemiological studies point to a connection between infection with EV-D68 and acute flaccid myelitis.

Over the last 30 years, several efforts have been made to learn more about the connection between ALS and neurotropic viruses, in particular EVs, exogenous retroviruses including the human immunodeficiency virus and human T cell leukemia virus, as well as human endogenous retrovirus (HERV).

The human genome contains ancient retrovirus remnants known as HERVs, which are typically dormant but may become active again in response to clinical and physiological stress.

A viral etiology for ALS is suggested by transgenic mice that develop progressive motor neuron loss similar to the human ALS phenotype.

More studies are being done to better understand the mechanism by which HERV-K causes neuropathology, as well as to assess the effectiveness of the anti-retroviral drugs now available and develop fresh anti-HERV inhibitors for the treatment of retrovirus-associated ALS.

TDP-43 pathology, which manifests as mislocalization, aggregation, and cleavage in motor neurons and glial cells, is present in around ~97% of ALS patients.

RNA metabolism is controlled by the DNA/RNA-binding protein TDP-43, which is encoded by TARDBP.

The onset and development of a disease may be influenced by loss and gain-of-function in TDP-43 pathology.

For cytoplasmic replication, poliovirus, EV-A71, and coxsackievirus all depend on cellular proteins.

During EV infection, a large number of RBPs—typically nucleocytoplasmic shuttling proteins restricted to the nucleus—are kept in the cytoplasm and commandeered by EVs for viral translation and RNA replication.

Heterogeneous nuclear ribonucleoprotein A1 is moved from the nucleus to the cytoplasm as a result of EV-A71 infection, where it promotes viral translation and increases EV-A71 replication.

A major problem in ALS research is nucleocytoplasmic shuttling defects, which result in RBP mislocalization in the cytoplasm.

Recent studies have shown that the G4C2 hexanucleotide repeat expansion mutation, which is found in the first intron of chromosome 9 open reading frame 72 (C9orf72), is a critical factor in the failure of nucleocytoplasmic transport.

The disruption of the nuclear pore complex and interference with Ran GTPase-activating protein 1 are the effects of G4C2 repeat expression on nucleocytoplasmic transport.

Important NPC components Nup62, Nup98, and Nup153 are destroyed by proteinase 2A, which is expressed by the poliovirus, preventing nuclear import.

By preventing the nuclear trafficking of anti-viral signal molecules, EVs restrict the host immune response and gain access to the nuclear proteins required for viral replication.

A new research reveals that EV and ALS are likely related, and that CVB3 proteinase 2A alone may enhance TDP-43 buildup.

Numerous studies have been conducted on the immune system's role in the onset of ALS, with the majority of these studies concentrating on the activation of glial cells and astrocytes, which causes the up-regulation of a number of pro-inflammatory cytokines like tumor necrosis factor, monocyte chemoattractant protein-1, cyclooxygenase-2, and interleukins.

In addition to doing direct damage, EVs may exacerbate immune-mediated damage brought on by viral infections by boosting the production of inflammatory cytokines, leukocyte infiltration, and astrogliosis.

In the brains of chronically infected mice, chronic CVB3 infection has been shown to induce CNS microgliosis and astrogliosis.

Immune cells and cytokines in the CNS have the potential to aggravate virus-mediated neuropathology as well as potential collateral damage brought on by T cell activation.

Furthermore, by increasing the production of reactive oxygen species, neuroinflammation brought on by microglia and astrocytes may result in cell death.

Persistent EV infection may result in late-onset CNS damage by inducing inflammatory responses, according to the available evidence.

The accumulation of misfolded proteins and large RNA clusters (such as RNA granules) as a result of impaired autophagy and ALS have been related to the disease's pathogenesis.

Recent studies indicate that EVs could benefit from using the autophagic pathway.

Autophagic flux, which describes the dynamic process of autophagosome production and destruction after fusion with a lysosome, is known as autophagy.

As a result of the reduction in autophagic flow, autophagosomes build up and aid in the formation of viruses by acting as a membrane scaffold for viral assembly and replication.

Protein aggregation is a side effect of autophagic flow inhibition that increases viral pathogenicity.

It is recognized that ALS starts focally and spreads neuroanatomically to other areas.

According to recent studies, both exosome-dependent and independent pathways are involved in the transfer of misfolded proteins.

EVs are believed to only be able to leave the infected cell by rupturing it since they are non-enveloped viruses.

Exosomes are one kind of extracellular microvesicle (EMV) that these viruses, which also include the poliovirus, CVB3, and EV-A71, may exploit to migrate through cells non-lytically.

As a consequence, EVs create a membrane barrier to stop the host immune system from recognizing them.

Therefore, during persistent infection, misfolded proteins (such misfolded SOD1 and TDP-43) may be transferred within the CNS by EV-induced EMV secretion.

Can Stress Cause Amyotrophic Lateral Sclerosis?

According to research, psychological stress does not seem to be a factor in the onset of amyotrophic lateral sclerosis (ALS), with patients demonstrating stronger resilience and having equal levels of past stressful events, occupational stress, and anxiety as a control group.

Who Is Most At Risk For Amyotrophic Lateral Sclerosis?

Before the age of 40, ALS is uncommon, and after that, its prevalence rises dramatically with age.

How Can You Prevent Amyotrophic Lateral Sclerosis?

This involvement might aid studies into the disease's probable causes and risk factors.

Does Amyotrophic Lateral Sclerosis Show Up On MRI?

This is so because MRI scans for those who have the disorder are unaltered.

They are, however, often used to rule out other illnesses.

There is currently no effective treatment for sporadic amyotrophic lateral sclerosis (SALS), an idiopathic, terminal neurodegenerative disease of the motor neuron system.

EV has been proposed as the cause of SALS for many years, although human viral interrogation trials provide inconsistent results.

This finding suggests that chronic and persistent EV infection may be a cause or risk factor for amyotrophic lateral sclerosis, together with earlier findings that EVs may lead to a persistent infection in the central nervous system.

More investigation is necessary to definitively prove the connection, such as figuring out if subclinical EV infection may hasten the onset and course of amyotrophic lateral sclerosis in mice or normal animals that are genetically predisposed to the condition.

Recent developments have raised awareness of the crucial clinical and genetic similarities between frontotemporal dementia and ALS (FTD).

In fact, FTD affects 13% of ALS patients. FTD has been linked to mutations in the same set of ALS-causing genes, including C9ORF72, TARDBP, FUS, TIA1, and SQSTM1/p62.

Additionally, the neuropathological characteristics and disease mechanisms of ALS and FTD are the same.