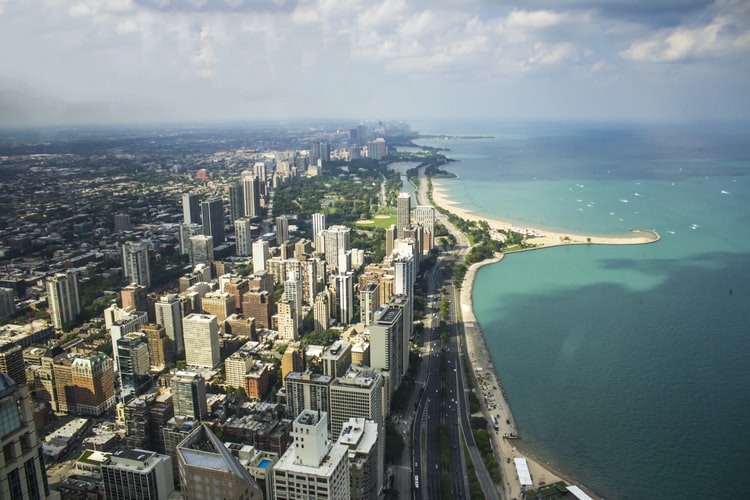 Probably, practically everyone attending this year’s AAOS Annual Meeting came into Chicago through O’Hare International Airport. Originally Orchard Field Airport (the source of the ORD designation on tickets and baggage tags), in 1949, Chicago’s northwest side airport was named after Eddie H. “Butch” O’Hare, a naval fighter pilot and the first naval aviator to win the Congressional Medal of Honor in World War II.

Although Butch O’Hare was a hero, his father, “Easy Eddie” O’Hare, had underworld connections. Easy Eddie was a lawyer who ran dog racing tracks in partnership with Al Capone. But when the Internal Revenue Service was going after Capone, O’Hare secretly provided government agents with evidence. Some speculate that he cooperated with the government to get Butch an appointment to the Naval Academy at Annapolis. Easy Eddie was later assassinated in a gangland-style killing.

Other Chicago landmarks are reminders of the city’s colorful criminal history in the 1920s and 1930s. The Biograph Theater (now the Victory Gardens) is the site where FBI agents shot and killed public enemy number one John Dillinger when he left the movies with “the lady in red.”

Legend has it that the cornerstone of Holy Name Cathedral in downtown Chicago still bears bullet holes from the 1926 shooting of Capone’s enemy Hymie Weiss.

Chicago’s Midway Airport, on the southwest side, was also named for a World War II event—the battle of Midway. But it’s not the only Midway in the city.

The Midway, or Midway Plaisance, located on the University of Chicago campus, was the entertainment center of the 1893 Chicago World’s Columbian Exposition. Among the attractions visitors could see along the Midway were the first Ferris wheel, the first zipper, a new snack called “Cracker Jacks,” and side shows—including the famed belly dancer, Little Egypt. After the exposition, the term “midway” was commonly used in state fairs and circuses for the walking and amusement areas.

Originally housed in the Exposition’s Palace of Fine Arts, the Columbian Museum of Chicago changed its name in 1905 to the Field Museum of Natural History, to honor department store owner Marshall Field, who provided a large endowment. It later moved to its current home in Grant Park.

Marshall Field was one of the founders of the University of Chicago; he died of pneumonia in 1906 after playing golf on New Year’s Day with Robert Todd Lincoln, son of the President. 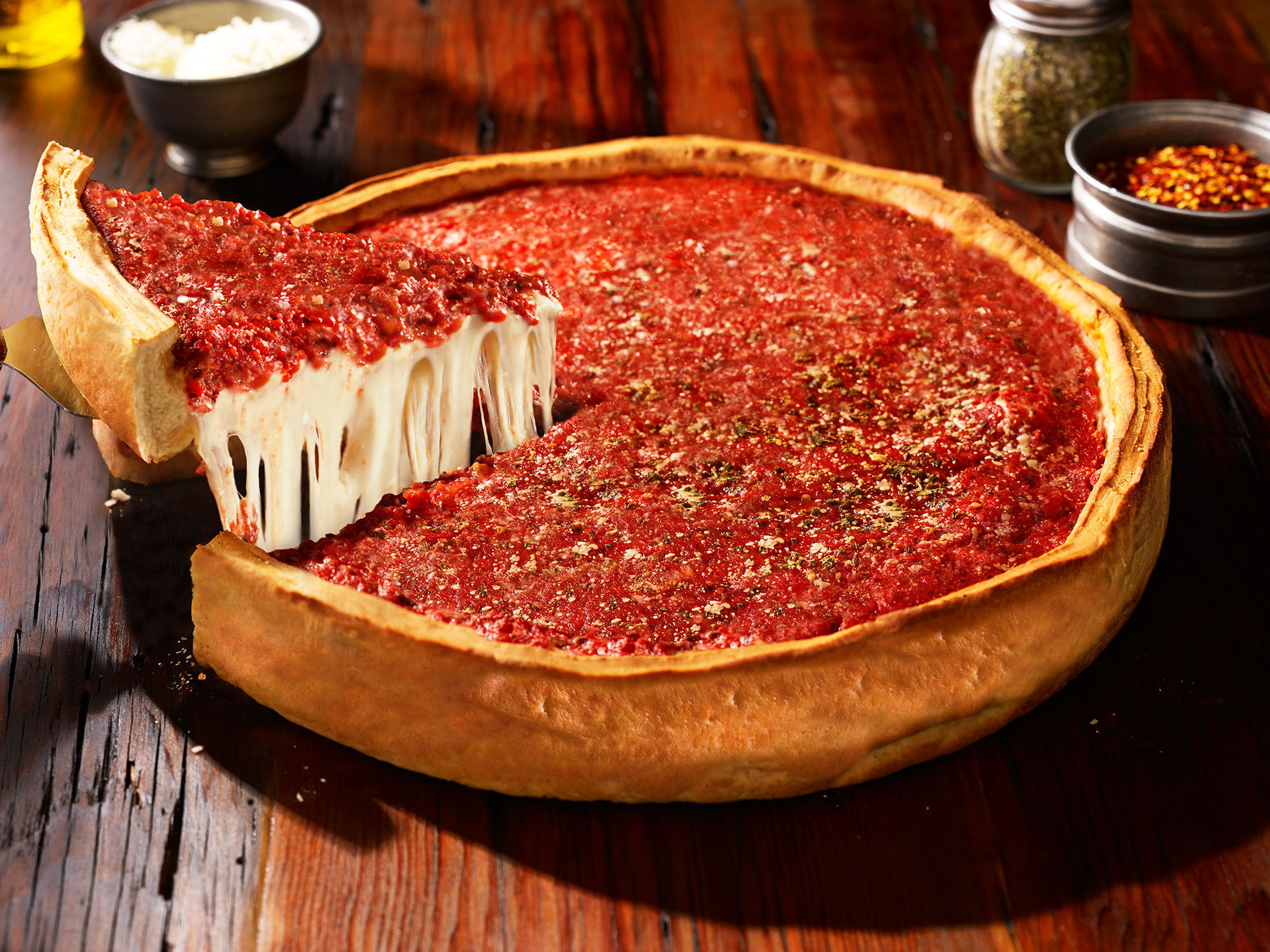 Chicago is famous for its deep-dish pizza, but the city is also home of the malted ice cream milkshake. A growing Chicago drug store chain, Walgreen’s, added the drink to its soda fountain menu in 1922, and it became an instant hit. The Chicago-style “deep-dish” pizza was invented at Pizzeria Uno (now Uno Chicago Grill) in Chicago in 1943.

Chicago has held more presidential nominating conventions (26) than any other city in the country. Republicans have met here 14 times; Democrats, 11 times, and the Bull Moose (Progressive) party held its first convention here. Perhaps the most important was the 1860 Republican convention that nominated Abraham Lincoln. The convention met in a wooden structure known as the Wigwam, which could hold 10,000 people. As was the custom of the day, Lincoln did not attend the convention even though he was in Illinois. The Wigwam was demolished several years later, but a monument still exists at its site at the corner of Lake Street and Wacker Drive.

Speaking of conventions, Chicago has also hosted more AAOS Annual Meetings than any other city. The first AAOS meeting was held in January 1933 at Northwestern University, and fewer than 50 orthopaedic surgeons attended. Afterwards, meetings were held at hotels such as Chicago’s Palmer House. This year’s meeting is the 23rd the AAOS has held in Chicago.

Beyond All That Jazz

The two most famous songs about Chicago were both made popular by Frank Sinatra in feature films (“My Kind of Town” from 1964’s Robin and the 7 Hoods and “Chicago, Chicago” from 1957’s The Joker Is Wild). But Chicago has long had a robust music community.

The Great Migration of poor black workers from the South into the industrial cities in the early 1900s brought traditional jazz and blues music to Chicago. The result was a unique style of Chicago blues and Chicago-style Dixieland jazz. Performers such as Muddy Waters, Jelly Roll Morton, Louis Armstrong, Nat King Cole, and Benny Goodman helped make the Chicago music scene famous.

In fact, the Chicago Tribune claims to have coined the term “jazz” in 1915. The annual Chicago Jazz Festival continues to celebrate this musical style, and the city has an abundance of jazz clubs.

Chicago has held a prominent place in all the arts, including poetry, painting, architecture, and dance. The Chicago Renaissance was a watershed in American culture: It demonstrated that America’s interior could produce fine arts to rival those of the East Coast establishments.

The Chicago school of poetry emphasized realism and dramatic renderings that reached out to a larger readership and included such poets as Carl Sandberg and Edgar Lee Masters. The thriving art scene gave rise to the Art Institute of Chicago, the Museum of Contemporary Art, and the National Museum of Mexican Art.

The Chicago school of architecture (commercial style) was among the first to promote steel-frame construction. The University of Illinois at Chicago is one of only a very few institutions that offer advanced studies in medical illustration. And for grammarians and non-grammarians alike, there is the ever-present Chicago Manual of Style, the 16th edition of which was published in 2010.

Chicago’s interesting and colorful history has shaped its involvement in sports, politics, architecture, music, art—and all that jazz!