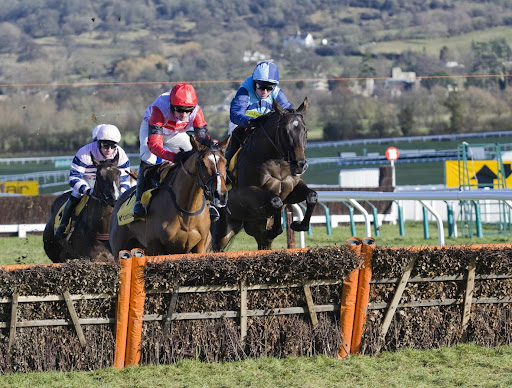 It’s not long now until fans are treated to one of the two biggest events on the jumps racing calendar – the Cheltenham Festival. The four-day meet sees some of the most high-profile trainers, horses and jockeys descend upon the Cheltenham Racecourse in March to test themselves against the very best in the sport.

One such fixture on the meeting’s schedule that has delivered entertainment, drama and everything in between in year’s past is the Cheltenham Gold Cup. Run over a distance of three miles and two and a half furlongs, the Grade 1 National Hunt race is open to horses aged five years or older and is worth a cool £1 million in prizemoney.

Not only is winning the Gold Cup sought-after in the sport due to its financial incentive – but also because of the prestige that comes along with it. With a roll of honour that features names such as Arkle, Best Mate, Golden Miller, Kauto Star, Denman and Mill House – it’s easy to see why the race is held in such high regard.

One such Cheltenham Gold Cup winner who forever etched themselves in the jumps racing history books was last year’s winner A Plus Tard.

After finishing a close second behind stablemate Minella Indo in the 2021 Cheltenham Gold Cup – A Plus Tard returned as the favourite with those who bet on racing in 2022 to secure trainer Henry de Bromhead with his second consecutive triumph in the esteemed race.

The French horse was taking solid form into the Gold Cup last year, having won by 22 lengths in a Grade 1 chase at Haydock before being pipped by a short head by Gordon Elliot’s Galvin at Leopardstown. Those strong performances in preparation for Cheltenham showed on race day, as jockey Rachael Blackmore and A Plus Tard put forth a sublime performance to be victorious by a dominant 15 lengths.

After being towards the rear four out, Blackmore kicked her thoroughbred into gear and put themselves within touch of the leaders. The pair then pushed along on the home turn and romped home up the straight to leave their opposition in their wake. While the then eight-year-old had proven himself to be a world-class horse – it was Blackmore’s ride which stole the show.

Considering the heartbreak from finishing the bridesmaid a year prior, compounded by the fact that she could’ve ridden the winner – to come back the following renewal and rise to the occasion on such a big stage is a testament to her talent and mental fortitude.

When speaking with the press post-race, Blackmore alluded to how she managed to fuel her Gold Cup success from the disappointment she experienced in 2021.

“It has not quite been every day you’d be thinking about it – I’d be gone mad – but it is definitely in the back of your mind as this is what the whole week is about and what you are working for,” she said.

A strong field will once again be expected to line up in the Gold Cup in 2023 – and for those who are interested in the Cheltenham betting markets, at the time of writing, Galopin Des Champs is the favourite at 7/4.