3 Multiplayer Real Time Strategy Games To Play On Your Phone 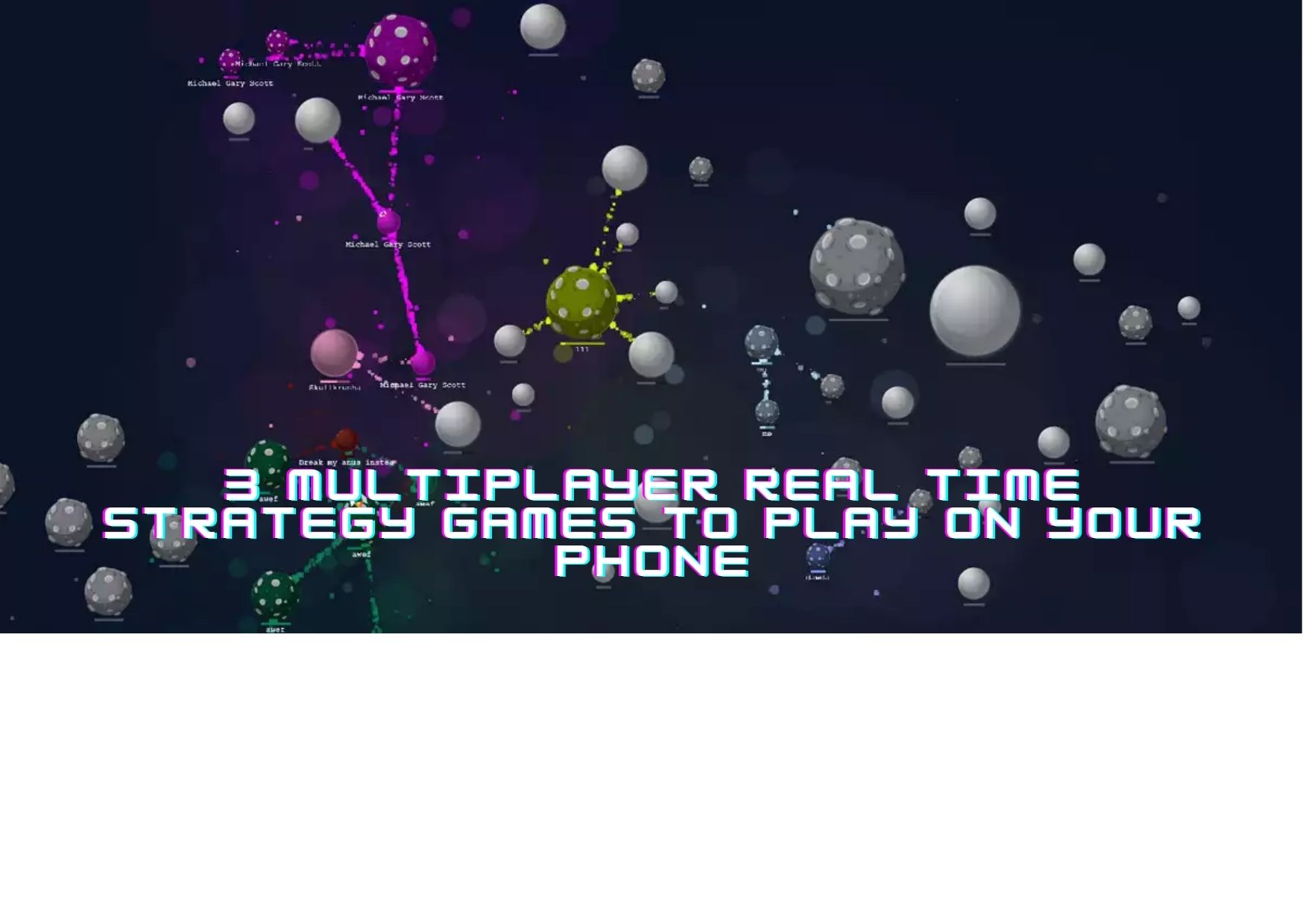 The top 3 multiplayer real time strategy games to play on your phone are listed below.

Bitplanets.io is a multiplayer online game. Construct planets. Provide them with food. Annexes to opposing planets!

The primary objective of Bitplanets.io is to climb to the top of the leaderboard. If you believe that reaching the top will allow you to relax and feel secure, you are mistaken. Numerous players will begin stalking you as soon as you reach the top spot in Bitplanets io.

Bitplanets io can be played alone, with friends, or with players from all over the world via the internet. The unlocked and fully accessible version has no lags. The game was added about 25 days ago and has already received 2.1K plays, 122 likes, and 14 dislikes. Bitplanets io has an overall rating of 8.3. You can play this game here, https://bitplanets.com/.

Total War Battles: Kingdom is a game for fans of Clash of Clans and its clones. The base-building and combat elements of the game are unique, particularly for someone who has never played a Total War game before.

While the game's small-scale battles pale in comparison to the massive Total War battles on PC, they are still playable and provide gamers with some excellent tactical opportunities. Battles take place on distinct battlegrounds, with two rival factions deploying their most capable troops, commanding their units, and utilizing special abilities and tactics to secure victory for their army. You'll need to train and command units to attack, utilize special "church orders," and employ standard tactics to win battles.

The base-building elements in Kingdom will force you to adapt your stronghold to the map's terrain and strict construction rules. It's difficult to manage your kingdom in this game, but once you understand the rules, the weather, and the different terrain types, it'll become easier to construct the appropriate buildings, fortify your base, and build a strong army. Due to the game's difficulty, it will undoubtedly appeal to die-hard strategy fans.

Bad North: Jotunn Edition is one of the list's more recent strategy games. It has the feel of a classic strategy game. You are given a space and are tasked with defending it against invading bad guys. It does, however, incorporate elements of the tower defense and roguelike genres. Each island is generated randomly, and you must defend them all. Additionally, you lose commanders permanently if they are killed in battle. It lends the work an additional layer of complexity and difficulty. Although the game occasionally contains bugs, it is an excellent strategy game with a single price and no in-app purchases.

If we missed any of the best strategy games for your phone, you can also check out more of the latest Android app and game lists by searching here, https://cellularnews.com/.